Known as a digital leader, he is now making his name prominent as a singer and songwriter as well.

It is so wondrous to know about all those success stories that have been created from the ground up and have been made out of pure passion and love for something. Today, most of the industries see people working towards attaining quick success, but a few people depend on their quest to give it their all and their commitment towards their work, which help them gain long-lasting success. This goes ahead in motivating and inspiring the world in ways more than one and also piques the interests of other budding talents in knowing the real stories of the real people who made unique success in their careers and endeavours in life. One such incredible man with incredible musical skills is Zach Ahmed, more popularly known by his stage name Z ahmed.

Z ahmed is the one who has already enthralled a lot of people, listeners, and music lovers in the industry in unimaginable ways through his music expertise, prowess, and pure skills, which has what allowed him to propel forward in the industry as a true-blue singer, songwriter, and musical talent. He is the one who has now made many other budding artists in the industry believe in the power of dreams. Z ahmed confesses that he always believed in dreaming big and also ensured to put in every possible effort to turn those dreams into a reality. He did just that, and today is living his dreams. These experiences encouraged him to encourage others, and that’s what he has been doing through the success of each of his songs that are available on major streaming platforms like Spotify

The passionate guy, with every song of his, like Million Ways, Danger Is, My Life, and 11-Tonight, has shown his excellence in music and has also proved why he deserves to be known as one of the most promising and rising artists in the industry. Before becoming a singer and songwriter, he has already gained massively as a digital leader and now can’t wait to take over the music scene soon.

Everything You Need To Know About Cloe Greco

Tue Jun 14 , 2022
The most important role of art is to illuminate the darkness of people’s hearts. Simply confess your sins and let your inner spirit to speak with it. It will teach you how to use your creativity to make the lives of everyone else better. In diverse methods, a few people […] 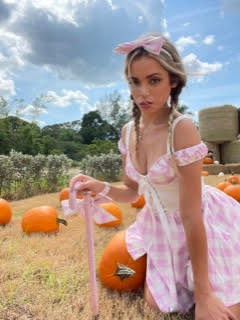