Meet Young E.Z., the talented music artist from the Bronx with a story to tell. Making music was uncommon for people in his hometown, so stepping up felt like something he had to do. Young E.Z. wasn’t a stranger to his craft, but his dislike for school made him determined to grow as a lyricist. After only dropping one song, the young rapper was quickly picked up by a management team, which took him from recording in his bedroom to booked studio sessions. This was a major game-changer for Young E.Z, as he now possesses a grand total of 300 unreleased songs.

His first album, Time To Shine, released August of 2019 and features artists such as NLE Choppa, Spades Saratoga, and other established artists in the industry. The most popular song to blow up on that album was “Paradise,” which currently has over one million streams. His success with his first album drove him to release more projects, a few singles and two EP’s. Some of his greatest inspirations thus far have been artists such as Ski Mask the Slump God, and XXXTentacion.

Music is all about pushing good energy and having people feel your energy for their own happiness or motivation. To me, nobody did that like X did. RIP

As his fan base continues to grow, Young E.Z. is more than prepared to release his next album. I Am Who I Am, which is scheduled to drop August 26th. Expectations are high with this new project and Young E.Z. is equipped with proficiency. Keep up with this artist on Instagram @young1e.z and stay tune for this album drop! 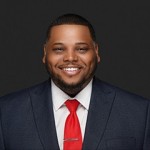 [New Single] Russ Drops Off New Single "Can't Be Me"