Jay-Z and Kanye West released the groundbreaking album ‘Watch The Throne’ way back in 2011. It’s been ten years and still Billboard names it the biggest collaborative studio album of all time, “from the iconic album artwork to the brash, decadent lyrical themes, esteemed guest list, and recording around the globe, the Throne set the standard for what a pristine rap album should embody at the highest of levels.”

But what’s the connection between Jay Z, Kanye West and ‘Watch The Throne’ to a new NFT company ‘coincidently’ called ‘Throne’?

What’s interesting is that Gee Roberson is the former manager and head A&R for both Kanye West and Jay Z.

Roberson is a well respected figure in the music industry, the former chairman of Geffen records, a partner in Maverick management one of the largest artist management companies in the world alongside fellow legendary music manager Guy Oseary. Together they manage some of the world’s leading artists and influencers such as The Weekend, Aerosmith, Doja Cat, G-Eazy, Lil Nas X, Madonna, Miley Cyrus, and the list goes on and on. Recently, Oseary signed up Yuga Labs, the creators of NFT sensation Bored Ape Yacht Club to the roster.

Roberson is also the former manager of Nicki Minaj, and has recently been linked again to Kanye West, and Jay Z.

Nellee Hooper is also no stranger to the music world, he’s a British multi-award winning music producer behind albums for the likes of Madonna, U2, Soul II Soul, Massive Attack, Sade, Bjork amongst many others.

But what further sparked our intrigue was a recent Instagram story by Throne with tags ‘Watch The Throne $THN’ and references the team and music, all of which have worked with either Kanye or Jay Z or both.

THN is the native currency or ‘token’ of the Throne network and ecosystem, a payment currency used to transact on their platform with 0% fees. With the rise in digital assets, like Bitcoin, Doge, Shiba Inu, we can understand Roberson and Hooper’s venture into the cryptocurrency space and the uniqueness of what they can offer. THN has been listed on several crypto exchanges like Uniswap, MEXC, Gate, with already over $100 million traded since its debut on Sept 22nd.

So why have we taken notice here. Well, we know Jay Z is interested in NFTs, and we know Kanye is an innovator. So here is Gee Roberson, their former manager and a member of the ‘inner circle’ leading an NFT marketplace that bears the name ‘Throne’, just a coincidence? Maybe, or maybe not. What would you value an NFT by Kanye or Jay Z, would it go up in value?

It’s brutally hard for most artists to make money in the streaming era. Artists get paid fractions of pennies per stream, with many struggling to find sizable audiences at all: Data from 2019 and 2021 shows that 90% of streams go to the top 1% of artists. Even a moderately successful artist—whose songs get millions of plays only receives a few hundred bucks a month from streaming, requiring them to take on jobs like mixing and mastering other artists’ music to pay the bills.

But over the past half year, many have turned to a different model that allows both financial and creative freedom: NFTs. While the pandemic kept many of us at home and unable to make money from playing live concerts, artists have been selling digital copies as NFTs for thousands of dollars each.

NFTs also could provide a new type of collectible for music fans, such as music or videos, for the same price as a traditional tour book sold at concerts. These more engaging experiences are an important part of the future, and as a culture, we applaud Gee Roberson, Nellee Hooper for taking us a step closer.

Mon Nov 1 , 2021
Growing up in Long Island, NY A-Luna was involved in every choir, music group and/or performance she could get herself involved in. After graduating college her heart’s desire for music called her back once again and it’s been full steam ahead ever since. A-Luna is currently an independent R&B artist […] 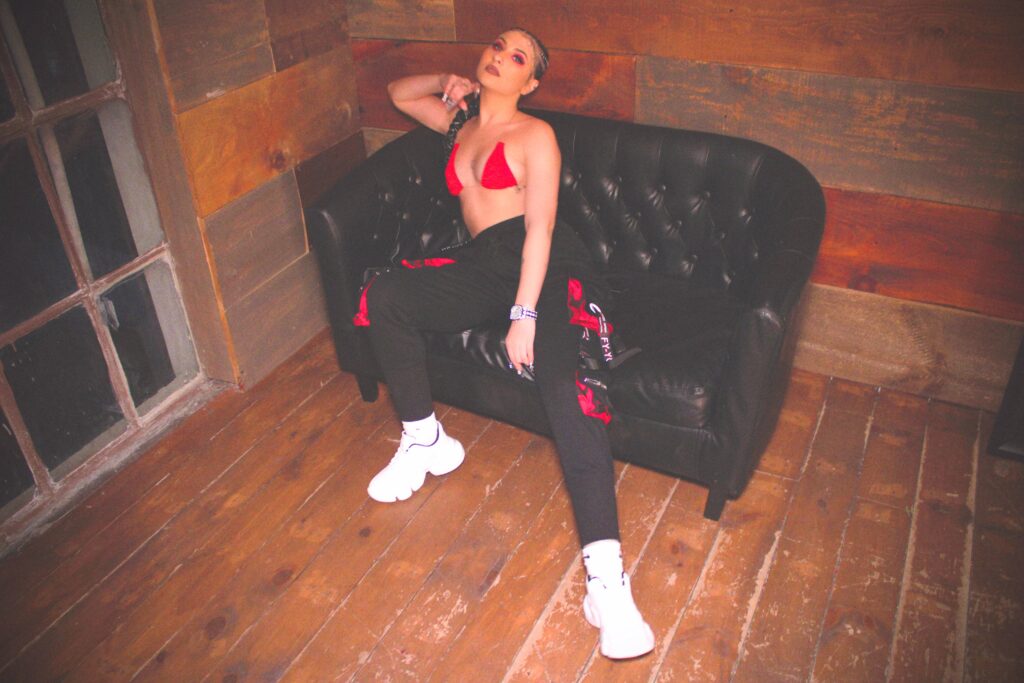