Through the years,  DIY pioneer Young Hollywood has established himself and become one of the most respected and influential producers in the Latin-urban and Reggaeton genre, and a true talent in many areas.

Today, his sound has expanded into genres you never thought of. In fact, he has become the creator of a new subgenre called Trap Tumbados. Now the legendary Puerto Rican producer based in Miami is more than ready to show everyone a new side. Young Hollywood officially announces his first single release as an artist. Stream “Back & Better” here.

The track is powered up by an infectious Latin trap beat that builds towards an irresistible hook. With this undeniable energy, it’s primed to pop off worldwide. As always, he turns up with a vivid, vibrant and undeniably fun song. The accompanying video, which clocks in just over three minutes, is directed by Hollywood himself. It follows the producer-rapper combination around with two beautiful young ladies as he goes bar for bar about his lifestyle and more.

Throughout “Back & Better,” he delivers the verses with swagger and stye before a knockout vocal run on the resounding chorus takes hold. It has all the makings of a smash. Young Hollywood is forging his own path, sharing the unique perspective he’s gained from living in today’s world as a platinum producer who’s worked with several notable names. More to come from him in 2021.

Check out the official “Back & Better” video below.

Rod D & BankRoll Freddie Team Up For "It's Da Trap For Me" Feat. Mr. LV

Fri Sep 10 , 2021
Arkansas rapper Rod-D returns to releasing music in the Natural State with his new single “It’s Da Trap For Me” feat. his home state partner and Quality Control/Motown artist Bankroll Freddie and Mr. LV.  The DJ Stylez produced single is Rod-D’s first single since being released from federal prison. As he looks to rearrange and build his […] 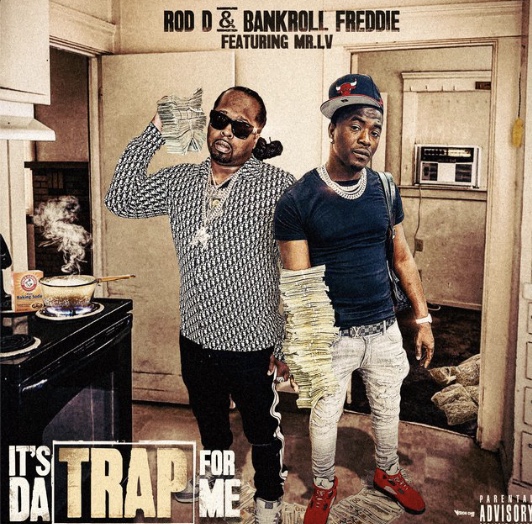