Jamaican reggae singer, Tarrus Riley, follows through after a successful 12-track album release with a new video to “Lighter”, the seventh single on there. Featuring the beautiful, dancehall songstress, Shenseea, the chemistry between the two is at an all-time high. Directed by XtremeArts, the video is two minutes and twenty seconds of sensational, Rvssian-produced music.Still fresh off his 12-track album titled Healing, Tarrus Riley’s project did exactly just that: it healed.

The project is actually the singer’s first full-length album since six years and gives listeners a sense of security during these hard times. Dealing with the COVID-19 pandemic and having to quarantine for so long is no walk in the park (literally). Tarrus offered a security and sense of release from all of that with Healing.

Tarrus even recorded the entirety of the album through curfews and describes in an interview on Essence what it was like being pressed on studio time. He also explains the meanings behind his project furthermore.
Definitely check out his over-the-phone interview with Essence but most importantly, watch his new video to “Lighter” above. Playlist and radio approved, you won’t be disappointed by the vibes. The link to the Healing album is also below so if you like the “Lighter” video, hit the play button on the entire project, too. 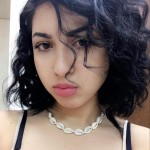 Thu Sep 17 , 2020
It’s no secret Mulatto has been killing it as of late. Ever since dropping “B*tch from Da Souf”, she’s had all eyes on her and set the female rap bar high. Almost making it seem easy, the Atlanta star continues release after release to impress her fans and listeners. Executing every time, […]