Chris Brown and Young Thug share the music video to their upbeat collaboration “Go Crazy” off their mixtape Slime & B, which was released earlier this year.

In the video, directed by Brown and Matt Fuller,  the two host a massive party at Chris’ Southern California house. Breezy and Thugger are surrounded by friends, beautiful women, and tons of dancers who show off their dance moves on Chris’ home basketball court, while fireworks explode into the sky. The visual also features cameos from Gunna, King Combs and Justin Combs.

“Go Crazy” has been one of the biggest tracks from Slime & B, and even turned into a dance challenge on several social media platforms.

Chris Brown recently let his fans know that his 10th studio album will be titled Breezy.

Fri Jul 17 , 2020
The new 1017 team is growing and buzzing , especially with Gucci Mane‘s new artist Foogaino. His new track “Ballin on a Bitch” is a collaboration between Foogiano and his 1017 Eskimo label boss Gucci Mane. This will be Foogaino’s first appearance on Gucci’s fourth compilation album, So Icy Summer. Class […] 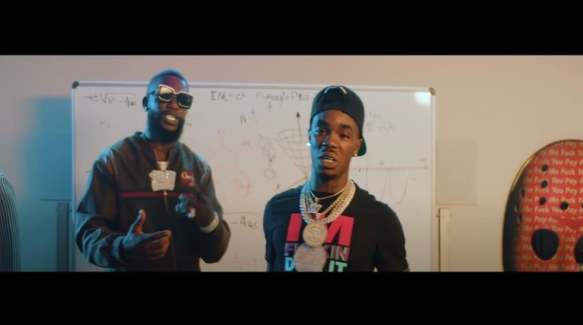