Chicago rapper & VH1 reality television star Phor, has released the official visual for his “Get Up” single. As he is recognizable for having a reoccurring role on Black Ink Crew Chicago, his skills as a visual artist are just as impressive as his gift as a recording artist. Phor is set to release his forthcoming project Self Love in which this single will appear on.

As everyone uses music for different reasons, Phor uses creative expression to break through barriers while finding mental and emotional peace. On “Get Up”, you will hear the Chicago native talking about how he has to get up and hustle to try to double/triple whatever he does make. In the video you will see Phor walking through a neighborhood chopping it with the homies. As a beautiful women can be seen counting up money while taking phone calls, Phor makes it rain as if he is in the strip club.  His brother Don even makes a cameo reminding fans of the deep brotherhood they share.

As a celebrity tattoo artist, who has publicly battled with mental health, it is refreshing to see him healthy and in a happy place. He uses music to spark change in the black community and make sure that anyone battling with mental health, can look to him for guidance. His forthcoming project titled, Self Love, serves as an homage to himself for gaining control of his mental state of mind and musical gifts.

Tap into some Midwestern vibes and stream Phor’s latest visual for his song “Get Up”.

Kanye West Visits Hospital Due To Anxiety While In Wyoming

Sun Jul 26 , 2020
Yeezy designer and rapper Kanye West went to a hospital nearby in Cody, Wyoming this past Saturday due to feeling anxious. Sources close to the designer say he only stayed 10 minutes. Earlier in the week West has been struggling with his symptoms of bipolar disorder. Last Sunday he held […] 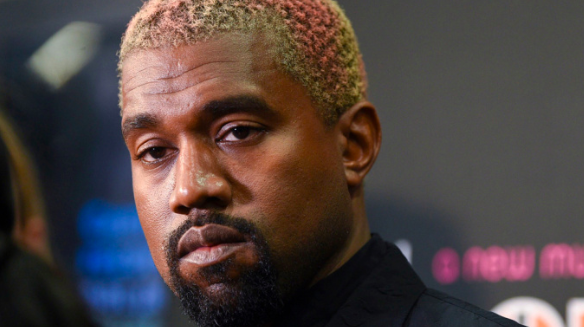