Blac Chyna has made her way back to music after several weeks of teasing new tunes.

The model and former girlfriend to Rob Kardashian has debuted her latest single and video “Seen Her.”

“Trill bitch, I’m the type you wait your whole life for / See, I’m the type of bitch your wifey might just turn dyke for. The type that make your hubbie leave you just for one night” the Lashed owner raps over the club beat.

The video finds Chyna alongside a couple fellow baddies, including friend Lola Monroe. She even brought the motorcycle gang out for the twerk filled visual.

Chyna declared that this would be the year where she revisits music after dropping her first single in 2018, “Deserve” featuring Yo Gotti and Jeremih. “I don’t really want to put myself in a box. I just want my stuff to speak for itself. I just want people to not think that I’m just gonna go this one direction. I just want to blow they socks off,” she revealed to XXL.

Aside from music, Chyna has found success in reality television with her series “The Real Blac Chyna” and her 2016 show alongside former boo, Rob Kardashian for “Rob & Chyna.”

Get into Chyna’s new booty shakin’ track below.

Mon Jun 29 , 2020
After a few years of chatter about a joint album, Mannie Fresh and Lil Wayne have announced that their collab project is on the way. On the most recent episode of Young Money Radio, Wayne spoke to his longtime collaborator and friend producer Mannie Fresh, where the two revealed that […] 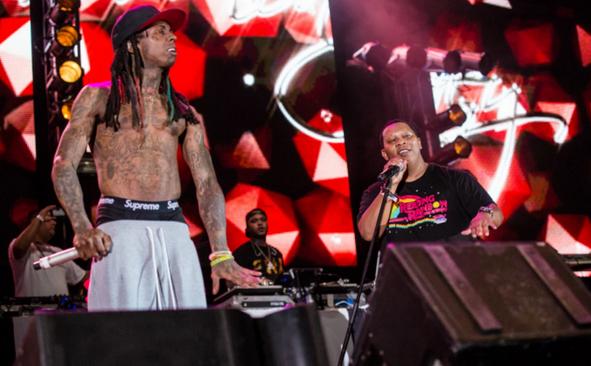