In the Jeffrey “J-Squared” Jackson-directed music video, Vedo is seen in his cubicle at work doing less work and more conversing. But don’t worry: Vedo isn’t playing on the phone with clients. He’s clogging the phone lines with the woman he’s looking forward to seeing when his shift ends. His calls sound so intriguing to his coworkers that they are caught listening in at their desks. However, when Vedo isn’t on his work phone, he’s wandering around the office, seemingly aroused by suggestive texts and photos from his girl. In other scenes, Vedo is surrounded by a slew of Black beauties, all of whom cling to him like a magnet.

The raving record “Face Down” comes as the lead single off of his highly anticipated While You Wait EP. Bringing back to back bangers, Vedo also unleashes his Baby Tate feature today, July 22nd! Although we were unsure of which single was set to drop because Baby Tate appears on both “Come First” or “Before I Let You Go,” according to the tracklist for While You Wait that he recently shared on Instagram ; it’s here! Vedo and OG Parker tap Baby Tate for the release of “Come First” and they did not miss!

Additionally, Vedo is wrapping up the work on the untitled follow-up to his 2021 album 1320. The 14-track collection featured standout singles “Slide” and “Me & U,” as well as early records “For Me” and “Yesterday.” 1320 featured Ari Lennox, Eric Bellinger, Jacquees, Lloyd, and Erica Banks. Speaking of Bellinger, he and Vedo have been appearing as backing vocalists for Usher, most recently at NPR’s Tiny Desk in June. They had previously appeared at Pharrell’s Something in the Water Festival in Washington, D.C. Now, Vedo continues to create timeless music and enhance the sounds of some of R&B’s heavyweight hit makers.

For now, press play on his hits “Face Down” and “Come First” you won’t be disappointed. Lastly, let us know what you think here at Hip Hop Weekly!

CONNECT WITH VEDO ON SOCIAL MEDIA:

Lady London Asks Fans “What Is It Giving” In New Single

Fri Jul 22 , 2022
Wooooo! It’s giving…. RICH VIBES! The Aristotle of Bravado goes on to name everything it’s giving and more.  New Jersey-Raised but Bronx-bred rhymer and renaissance woman Lady London returns with the release of her most recent record, “What Is It Giving”! In fact, the East Coast spitter abandoned her pre-med […] 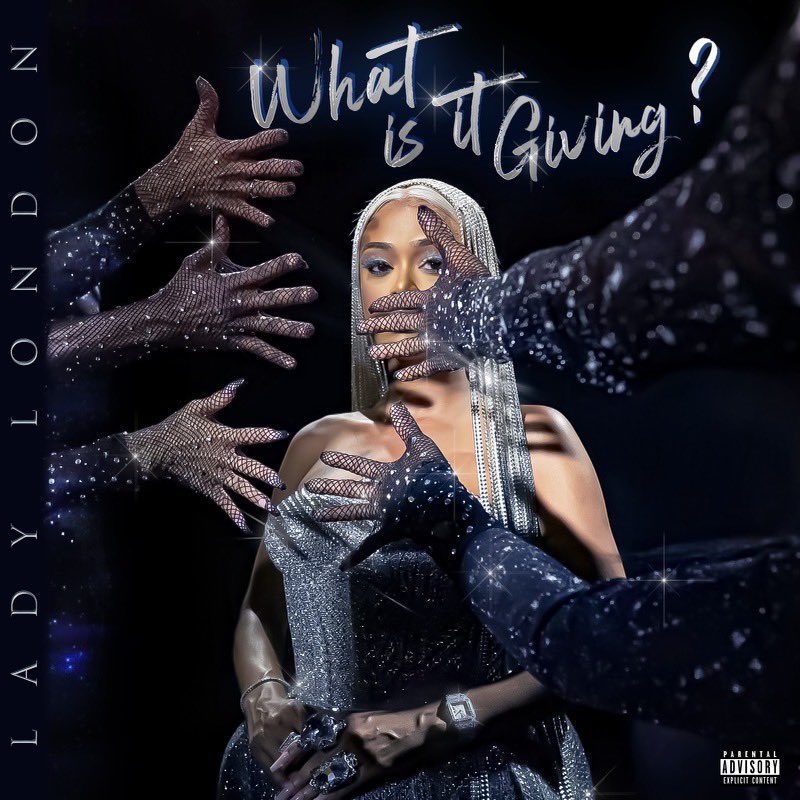