Disclaimer: *This list is not in any specific order*

Hailing from Long Island, New York this true to form MC kicked off 2021 with the successful release of his sophomore project “I’m Not Done”. Displaying growth with every release, the projects lead single captivated the attention of Shade45 listeners after its national debut and went on into continued rotation. Pacman is a light on the hill for authentic Hip-Hop full of real lessons and life experiences. (@pacmanplu)

From opening sets for Wu Tang Clan, Busta Rhymes, KRS-One, Smif-N-Wessun and Mos Def, this Virginia Beach native has earned his stripes as an emerging force in Hip-Hop. His latest release, “Theodore” addresses concepts of fatherhood, infidelity and growth through admiration and evolved respect for black women. (@beachboylek)

Pittsburgh, Pennsylvania native Fac Marlo took 2021 by storm with the release of his single “Butterflies”,
the MC’s first offering under a new distribution deal with Equity Distro after catching the attention of
music executive Rel Carter. From billboards and an onslaught of media fanfare to nationwide interviews
and placements, Marlo closed the year with his debut album “Follow My Journey” inviting listeners to
follow his story onward. (@officialfacmarlo)

North Carolina bred MC Rover Kasanova kicked off 2021 with a series of true to life street anthems that
put dynamic versatility and fearlessness on full display. From January’s “Hold on” to his latest successful
release, “Take Off”, the listener is taking through a journey of bravado, life lessons and vulnerability in a
way not all MC’s can mimic. Kasanova is currently hard at work on his forthcoming anticipated project,
“Rated R”. (@rover_kasanova)

Almighty King Tyler entered 2021 with the release of his urban futuristic single “No Limit” exhibiting a
style, persona and creativity all his own. Announcing the single via a billboard in the heart of Times
Square, the New York born MC followed up with a slew of major interview placements and high profile
performances, not to mention a undeniable fashion forward approach to his creative branding.
Mysteriously vanishing from social media, we can only anticipate what the Almighty has in store.

Adrian Sky’s 2021 was one of an MC’s dreams. One of the first signee’s to Florida’s hottest new label
imprint SB Global, Sky launched with his debut EP “Awaiting Departure” to a massively positive
response. Spending most of the year in collaboration with top industry producers and inking major press
and media placements, Sky served as the torch runner for SB Global and their dope roster of artists and
songwriters. Sky’s vulnerability shines throughout his work addressing his battle with mental health and
his strong belief in self. (@sb.adriansky)

Atlanta based MC Artistnameleon is fresh off the heels of his highly regarded “Above and Beyond”
collaboration project with artist Reef Muny. The project has currently garnered over 90,000 streams
across DSP’s and a slew of interviews and press placements singing it’s praises. The MC has a knack for
undeniable melodies and took 2021 by the horns with his consistent sonics and chill but enticing
demeanor. (@artistnameleon)

Rap duo Da Foundation stormed 2021 with the release of their debut LP, “Live..Suffer..Celebrate”. The
13 track album, their first offering with Equity Distribution, amplifies the groups consistency, intellect
and resilience through adversities. The album’s lead single “By Any Means” quickly gained traction
across FM radio markets through the south and has been featured in an array of major publications. The
Duo’s next release is tentatively scheduled for February 2022. (@alleyway2broadway)

Former member of Five Tie City, Chabo Reyes manifested a year a MC would dream of. After a recent
collaboration with LA legend The Game for his single “What It Feels Like”, The Florida MC is currently on
his debut tour around the country. The single has picked up steam across US radio including a satellite
radio debut on Eminem’s Shade45. (@chaboreyes)

Wordplay met it’s match with C Spence. The Atlanta based MC is fresh off the heels of his latest visual
release “Kiss”. The single displays the MC’s ability to walk the line between contemporary hip-hop and
present-day rap. C Spence wraps the year with the successful launch of his album, “Now or Never” and
memorable stage performances across the US. (@Cspence478)

Atlanta has it’s fair share of rappers and MC’s but none quite like Churchboi. One of his latest releases
“EasterSpeech” showcases his dynamic flow and versatility while his unique fashion sense is on full
display in the recently released visual “United in Peace”. We are on standby for new material from the
MC early next year. (@macd_churchboi)

Charlotte bred MC Young Chad launched 2021 with the release of a series of memorable singles
including “Go Bad” and “Bigger Dreams”. The MC’s versatility shines through from one record to the
next and his Melodic wordplay and undeniable verses make his 2021 releases catalyst for increased
industry attention. Young Chad is currently creating strides in the NFT space with a new collaboration
with Australian digital artist Johanna Bird. (@letsgetitchad)

At 18 years old and only 3 years in the game, Rochester MC Spazi has a private discography of over 400
records in the vault and kicked off his 2021 with the release of his breakup anthem “Have You Ever”. The
single’s video was announced in Times Square, New York in November and made it’s national debut on
Eminem’s Shade45 radio broadcast. The MC Is currently gearing up for the release of his new single in
the early first quarter of 2022. (@spazixoxo)

Johnni Cash made strides this year with the release of her undeniable anthem “Gimme That”. Hailing
from South Carolina, the no-nonsense MC prides herself on witty wordplay and a dynamic confidence
that’s hard to match. As “Gimme That” builds across DSP’s the MC is planning the release of her debut
EP in March of next year. (@Johnnicash_imofficial)

Kyah Baby is one of the most well known female MC’s from the Empire state and for good reason. The
New York bred artist has given us countless viral moments with her energetic freestyles and raw verses,
most notably on Hot97 with radio legend Funk Flex. 2021 proved to be one of the MC’s best years yet
with a slew of new material including singles “Go Savage” and What You Need” along with live
performances with Nas, Fabolous, Ludacris and more. (@Kyah_baby)

There’s no better word to describe Atlanta based MC Smoove than ‘Energy’. The army vet turned rapper
made his presence known in 2021 with his undeniable dance anthem “Tik Tok” and hit the road with top
tier performances around the country. From major label sitdowns to FM radio debuts around the US and
beyond, Smoove is on pace to dominate through 2022. (@nfmsmoove09)

North Carolina bred twin MC Diosa Art kicked off 2021 with the release of her soul bearing EP “Heart of
tha Goddess” and developed significant steam throughout the year with major press and performance
features around the country. Her most recent visual, “Drunk Sense” was released to substantial fan fare
and she’s currently prepping for a top of the year release. (@itzdiosaart)

2021 has been a year of consistent work and preparation for Detroit bred MC Dave Legend. The release
of this year’s “Riverview” EP was met with tremendous support and gave the world the first
comprehensive taste of the MC’s versatility and craftsmanship. The multi-faceted artist spent most of
the year on the road for top tier performances along with TV and film roles including a feature in
Amazon’s drama series, “Burden”. (@Daveislegend)

Originally from Springfield, Illinois Dreadhead The Kid has designed a sound all his own. 2021 witnessed
the release of two genre bending singles (“Bad Love” and “Hit It”) along with tremendous stage
performances across country, national radio debuts and major press features. The MC is currently
promoting his debut EP “No Xcuze” and prepping new music for the top of the year.
(@dreadheadthekid)

D$EA enters the list as somewhat of an enigma. The obscure MC entered 2021 with his debut ep,
“Growing Pains” and shortly after became inactive. What saved him was the sheer undeniable quality of
the 6 track project, complete with infectious production and cunning wordplay. D$EA currently sits at
nearly 100K streams across streaming platforms leaving indie hip-hop fans only to wonder what’s
around the bend. (@dseawav)

Philadelphia bred MC Kas Korleone kicked off 2021 with the successful release of his single “Right2It”.
The hustler’s anthem coincided with Korleone’s journey of balancing music and entrepreneurship and
quickly garnered radio and press placements nationally. From billboards to a end of the year concert
event with recording artist Capella Grey, Korleone used the year to stay a step ahead of the game and
the business. (@kaskorleone)

Florida’s Novaloosecanon kicked off 2021 with one of the most consistent indie release schedules of the
year. The Haitian bred MC dropped a slew of memorable singles complete with high quality visuals to
accompany. The year’s most prominent release, “Numbers” was featured nationally across FM radio and
secured Nova several major placements and interview opportunities. The MC’s energetic anthems are
consistent and true to form, finding Nova expressing some of his wildest experiences and darker truths.
(@novaloosecanon)

Jay Rich refers to himself as ‘The Voice of The Bronx’ and it’s for good reason. A brief listen to the MC’s craftsmanship and delivery will make anyone fond of NYC hip hop a believer. 2021 kicked off with Rich taking his show on the road, visiting numerous markets across the country on the heels of his prominent release, “Fear No Man”. Though listeners got a taste of his ability to body a track, they’ll have to wait until early 2022 for more tunes for the head top. (@therealjayrich__)

Originally from Oakland, California Sam Trackz used 2021 to introduce himself to the world beyond the producer chair. His laid back R&B laced groove “Coffee” debuted to a positive response and propelled the MC into new opportunities in different markets around the country.

Our final MC used 2021 to establish himself as a true lyricist across all fronts. With the release of this year’s “The Jump” Webb aimed to blend his knack for authentic storytelling with his ability to glisten with ease over club anthems. The versatility garnered him significant response at the project’s release along with national performance opportunities and press features. The MC is currently working on a follow up project slated for 2022. (@Jowywebb)

Sun Jan 2 , 2022
He makes sure to create a profound impact on listeners’ hearts with this particular song. There are many new rising names across industries that have been on the headlines constantly. Ever wondered what could have been the reasons behind their increased name across their industries? Well, there could be innumerable […] 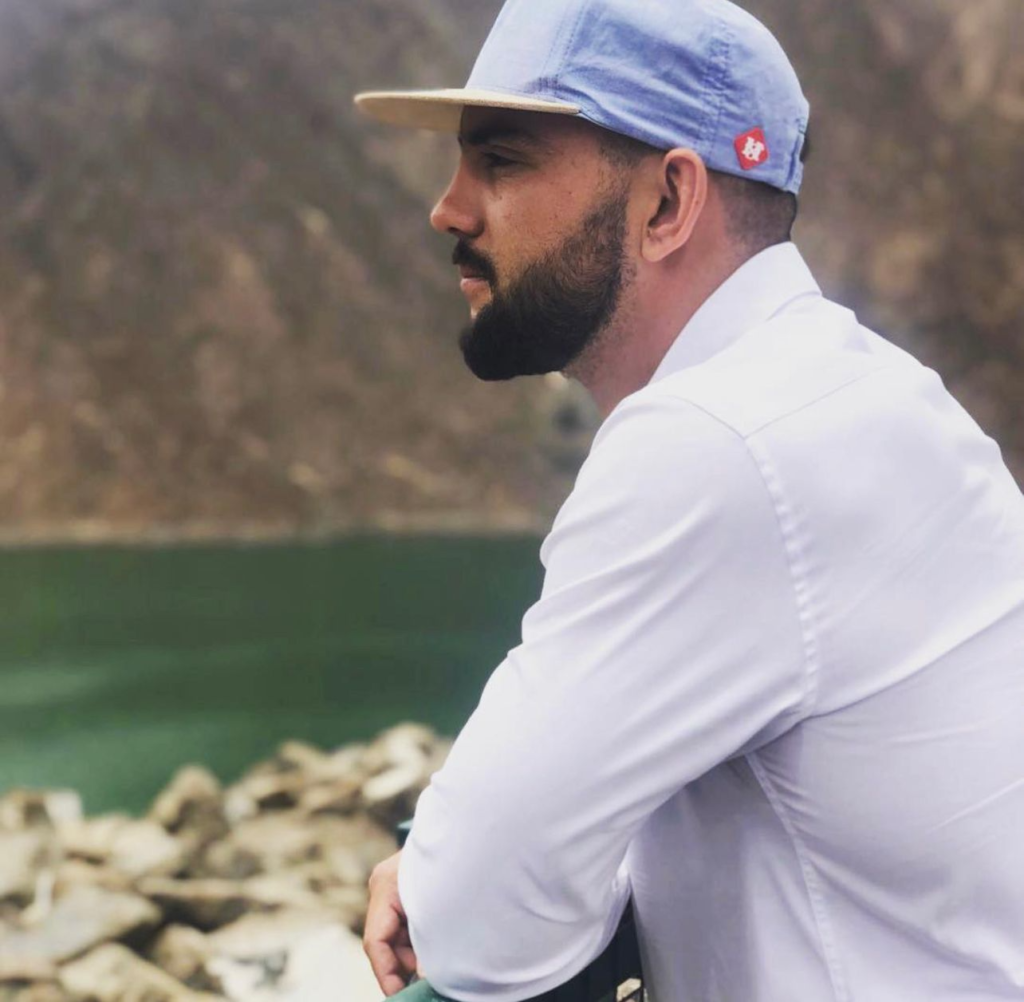