Born and raised in Atlanta, Georgia, Tommy Stoner latched onto pop, rap, and hip-hop music at a young age. His budding interest and growing skills led him to release some smashing albums and tracks, including his newest song, “Sturdy,” featuring Ferregamo Swave and Ghee Boe. Stoner came out with his first pop album, Youforia, in 2019. Since then, he has grown and evolved as an artist, improving his rapping, singing, and beat-making abilities. Inspired by Andre 3000, Drake, and Kanye, Stoner strives to blend different strengths in his productions. He’s produced for some of the best – Young Thug, Rocko, and Cyhi The Prynce, to name a few – and the world is primed for a Tommy Stoner takeover. He also doesn’t let any music genre norms limit his potential, as he unites hot pop beats with striking rap lyrics. Without a doubt, this gives Stoner’s hits a wide reach, so the world is bound to love his music.

Stoner and Ghee go way back: they’re cousins. Swave, who moved from New York to Georgia, just knew after listening to Stoner’s earlier projects that they would make a great team, which speaks volumes about Stoner as a rising star. His steadfast determination to make his name known in the music industry shines through the lyrics in his latest song. The main message is when money calls, chase after it to achieve the success desired. Diving into the benefits those life successes can bring, Stoner makes it clear that good things come to those who are willing to put in the time and energy to work hard for them. As someone who is always in the studio to make his incredible music a reality, Stoner lives and breathes this song’s advice every day. His drive to be successful in life has the power to inspire any listener. Even with his catchy lyrics aside, the drill beat gives listeners an adrenaline rush, resembling the constant urge to embrace life’s hustle, bring home the money and enjoy all that comes with earning it.

Anyone viewing the “Sturdy” music video can see that Stoner is totally in his element when performing. Viewers can easily recognize his confidence as an artist and his connection to the lyrics. Watching Stoner and his posse dancing and having a good time makes the energy built into this video contagious. Not to mention, the settings in each of the camera shots perfectly fit the song’s vibes. Viewers are sure to feel immersed in the New York drill music scene no matter where they are. All these aspects combined, Stoner’s talent demands attention.

My creative process is far from simple because I actually record myself but to simplify it, it starts with me going through beats that were sent to my email often times it can be hard cause the beats get repetitive. In that case I’d whip out the laptop and make me something that matching my mood. Once the beat is found or created it’s smooth cause I just go off my energy and let it carry me through the song. Literally go in the booth close my eyes and just release whatever comes to my mind.

What was your inspiration for “Sturdy”? What message do you want audiences to carry with them?

It’s sooo funny because I specifically remember Sturdy being the last song of my session this day. I had created soo many songs that day I NEEDED a different bop like something totally different from what I had been recording so when I heard the beat I was so amazed and intrigued cause it had like a drill NY feel along with the melodic feeling to kinda make it match my own sound cause I’m more chill. But yeah it was a just do.

How did you connect with Ferregamo Swave and Ghee Boe to create the powerful trio present in “Sturdy”? What was it like working together?

Yeah me Swave and ghee are like the power rangers. Me and ghee are related literally been freestyling together since kids and he’s a lyrical monster this song was just a teaser really like honestly speaking. Then you got Swave who moved down here back in 2014-15 from NY (and been apart of our family ever since) in which influenced me to try beats that have that NY drill bounce.We are all our own separate artist but when we come together magic truly does happen and OFTEN. But on the day we made sturdy I was working on my album that just released called “TOMMY Sober” and we all were just vibing in the studio but when they’re in the studio with me I know when they hear something hot they’re not going to be able to stay in their seats without wanting to jump on it. Soon as I laid my part and played it back it had all of us in it and they’ll tell you theirselves it was a general feeling of “this is it” that crossed all of our minds. And it was dope incorporate my day 1s truthfully it feels good to see how much it’s already grown being a organic record we all played apart in creating.

What was it like shooting the video, and how does the video match the song’s overall vibe?

The video matches the songs vibe completely, I mean don’t get me wrong I would’ve loved to have more money falling from the skies or a HUGE money phone of some sort but the reality is that’s just what the song is about. It’s “money calling keep calling” meaning money is on the way and it and trying manifest the live I wish to live in a song. I’m not homeless or carless or worst off than a lot of people in the world I’m sure but I still have struggles too and that’s why I chose to do the video with what I had and just give off good, positive energy so that someone who watch and hear the lyrics and FEEL like they can have or attract the riches and money or lifestyle they desire to have.

Mon Feb 7 , 2022
Tyquan Givens, better known as WattsHomieQuan, is a name contending with the best of them. The Watts, native wears many hats including, comedian, actor, director, and writer. Best known for his viralInstagram skits about his experiences growing up in Los Angeles. WattsHomieQuan found himself as a series regular for Nick […] 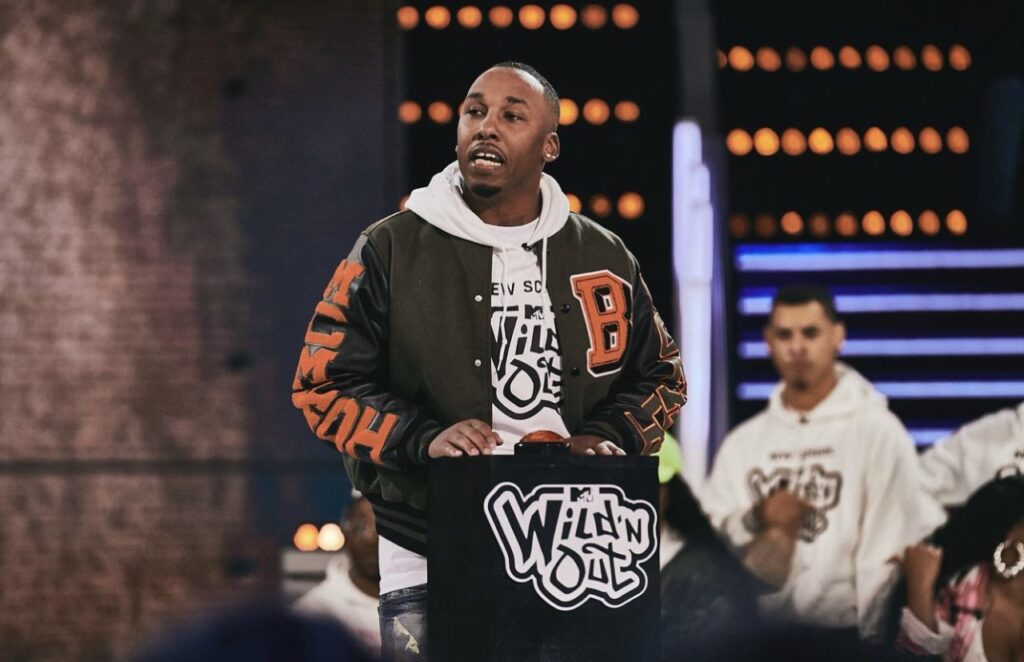