You must have come across music, styles, and even phrases going viral on social media platforms. Revenge is no exception here. This brand of unique and stylish hoodies and tees has been a viral trend on social media platforms for quite a few years. Since its inception in 2015, Revenge has come a long way as an apparel brand. It is now more of a style statement because of its rare collections and popularity among celebrities. Revenge is one of the most extensively faked brands of clothing that has consistently enjoyed crazy demand among the youth. Here’s the story behind Revenge.

Garette, the brains behind Revenge, started this venture to introduce a similar product to the rock tees that were immensely popular at the time. With poor academic grades and nothing to lose, Garette started his unique clothing line. Initially, he started designing custom half-and-half rock tees that were vintage-washed. With the first batch of products sold out in record time, Garette knew this business would prosper into a big brand.

In 2016, the name Revenge came to be associated with the brand. Garette introduced a range of hoodies with the word “Revenge” embossed on them in a stylish font. It is a popular belief among the fans of this clothing line that Garette, the owner, introduced the brand to get revenge on those who treated him badly. The success of this brand today fulfills his mission.

Initially, Garette made several appearances with the hoodies on Instagram with his face hidden in its hood. Revenge did not get much traction until Garette collaborated with the then famous rapper and musician XXXTentacion. XXXTentacion needed money to pay for his legal fees, and he approached Garette through Instagram. During that time, XXXTentacion was a trending artist on SoundCloud. As XXXTentacion made several appearances with Revenge hoodies, the popularity of the brand skyrocketed in no time. Besides his fans, artists in the hip-hop scene and other rappers also made public appearances wearing Revenge tees. Gradually the clothing line became a style statement.

The first drop was the XXXTentacion’s iconic mugshot tees that were sold out within a few days. Since then, Revenge tees have been on a roll, selling drop after drop in a blink. After XXXTantacion was out of legal trouble, he and Garette organized a cross-country Revenge tour. They sold out every show and stock after stock of Revenge hoodies. The company makes a limited number of products in a batch and never restocks them. This makes Revenge hoodies unique, limited edition clothes that are consistently in demand.

Revenge is exclusively an online brand without a brick-and-mortar store where fans can walk in. The brand has expanded its collection from hoodies to boxy tees, denim jackets, and more. Revenge is looking forward to scaling its popularity in the coming years by collaborating with more artists and cementing the brand in music culture.

Fri Jul 29 , 2022
Following a brief 6-year hiatus, the Queen Bey is back and always better than before! Following the fire release of her dance anthem “Break My Soul” and teasing the album’s details, Beyoncé delivers!  With a surprise early release, the Queen of the #BeyHive unleashes her seventh studio album RENAISSANCE. In […] 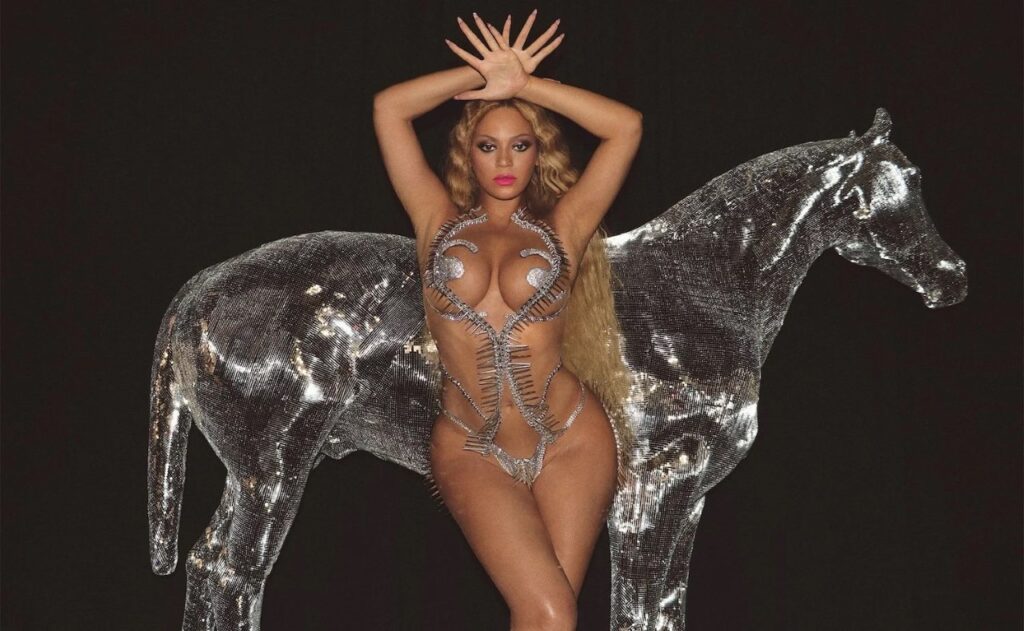