On April 9th, the hip hop world was hit tragically with the passing of an industry icon. Before the multi platinum albums and sold-out shows, there was Earl “DMX” Simmons. At the age of 50, the Yonkers native rhymer passed away after experiencing a heart attack.

The raspy-voiced hip-hop artist brought rap music classic hits like “Ruff Ryders’ Anthem“, “Party Up (Up in Here)“, and “Slippin” while rapping with a signature delivery that included growls, barks, and the ad-lib “What!” Continuously rapping about the streets, his toughness, his pain, and Christianity. He rhymed from his soul with a gritty growl that unveiled both his spirit’s resilience and his life’s pain.

The Rise Of Dark Man X

Born in Mt. Vernon to a single mother, DMX, grew up in Yonkers at the School Street projects. Struggling with a troubled past, DMX often preferred to walk the streets of Yonkers alone or play basketball at the Nepperhan Community Center. As a teenager, he was sent to a group home, where he bonded with other boys over their shared love of hip-hop music. This is where the seeds of his gruff demeanor were planted & a star was born!

From Rags To Riches…

DMX rose to prominence in the late 1990s carving out a major piece of chart history for himself. His debut project titled, It’s Dark and Hell Is Hot was the start to his chart topping discography. His first five albums – Flesh of My Flesh, Blood of My Blood (1998), …And Then There Was X (1999), The Great Depression (2001), and Grand Champ (2003) sold millions and all topped the Billboard 200 charts at No. 1, respectively. Making him the first artist to see his first five efforts to all kick off in the top slot.

It was prime time in the late 1990s and early 2000s as rap music’s mainstream success soared to new heights. He built a career that led to collaborations with hip-hop legends including LL Cool J, Ja Rule and Jay Z. He also curated hit records over the beats of his friend Swizz Beats, who he helped make a central producer in hip-hop culture to date.

In the last two decades, the legendary New York rapper has established himself as one of the city’s hottest hip-hop acts, leaving an indelible mark on Hip-Hop and the Billboard charts.

The Big Dog Of Hip Hop

DMX was never shy to share about his personal life in which he endured addiction and violence. He attracted himself to his fans— and presumably his family and friends— by being open about his heartache and rage.

He had a contagious spirit. His combination of grit and sincerity made you want to see him win.

For better or worse, his music was the voices of the people. When he became more than just a musician, we would see him on red carpets, on screen with Aaliyah, or in movies, and it gave us hope. Hope for those who had survived the drug war and those who loved them.

He was a tough guy in his movies and on his records. He was, without a doubt, but this was a cover to hide the discomfort he felt as a result of being mistreated by adults during his childhood.

The Love & Legacy Of DMX

After years of perfecting his DMX persona, along with the professional success came more personal struggles. Never folding, he constantly put the past behind him and spent a lifetime giving back. Enabling those experiences to fuel his success.

The musician and actor’s untimely death is tragic because he gave all of us hope at a time when we needed it most. DMX was not only  talented but timeless.

He will forever be remembered for his high-energy songs, his growls, riffs and exhortations that were woven into playlists that inspired us to get through rough times. Rest In Paradise, X!

Sun Apr 11 , 2021
CLOUDMUSIX a production & management company started by entertainment attorney Navarro Gray and his partner Nigel Barnett is off to a great start in making its mark in the music industry. CLOUDMUSIX ‘s producers consist of several hand picked individuals who each have a unique skill set that is capable […] 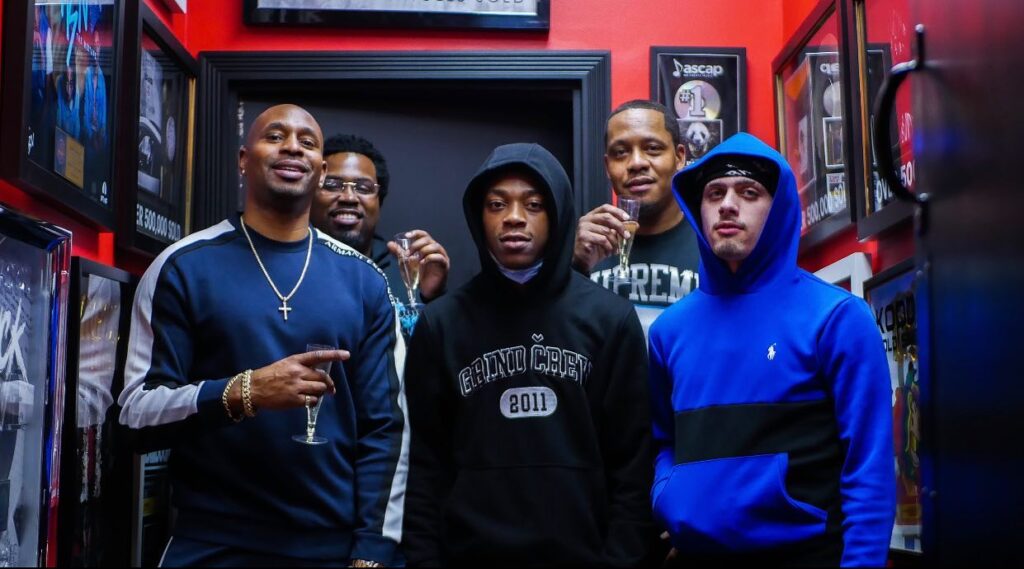