A lyrical master whose style is born from a unique fusion of his East Coast upbringing and his crazy West Coast lifestyle, Ca$h El Principe brings the heat with Latin and Reggaeton rhythms, R&B melodies and Hip Hop rhymes coupled with phenomenal hooks.

His alluring new single, “Te Necesito” (“I Need You” in English) is something like a party with its Caribbean sound and melodic, original music. Recorded in a studio in Riverside, California and featuring Rikee We$t, “Te Necesito” talks about “How a man really needs a woman that he really hasn’t met,” Ca$h said. “When you see her, you know that’s the woman that you really want.”

Ca$h is creating songs about positive things, mostly about love, relationships and having a good time. Soothing to the ear, his music is needed in trying times like these. Released earlier this year, “Te Necesito” follows hot on the heels of his previous single, “Mami.” While “Mami” sports an R&B vibe with a Latin twist, “Te Necesito” has more of an island Reggaeton feel with a heavy Caribbean sound.

With his unique way of writing hooks and melodies, Ca$h El Principe delivers a style of music that is different from anything else out there. He said “All of my music – it’s all original and it’s different in every song,” which he proves with each and every release. His next single, “No Más” showcases yet another unique style with a Reggaeton flavor. “No Más,” which was one of the first songs recorded for an upcoming EP, is slated for a possible June release.

The singles which Ca$h has been releasing are in anticipation of a new EP he is working on. Titled “20/20 Vision,” the six to seven-track collection should be ready for release later this year in late summer or early fall.

Internationally known by listeners across Europe, Latin America and here in the U.S, the experienced bilingual artist once consisted of Hustle N’ Cash and La Verdad, ventured with Terror Squad (Fat Joe), Black Street, Amy Bell, and also featured with numerous Latino and other various R&B and Hip Hop artists.

Ca$h keeps working to build his Kingdom and claim that throne. He holds a clear vision for the visuals for a “Te Necesito” music video, which is ready for shooting when the time is right. While listeners are grooving to Ca$h’s music, they can be on the lookout for more exciting news. Ca$h holds a deep appreciation for his audience, saying “I want to thank my fans and my supporters. I appreciate their support and I love them.” As a way of giving back to everyone who has supported him over the years, Ca$h and his team are working on an idea for a live stream concert broadcast.

To listen to Ca$h El Principe’s music or follow him on social media, visit:

Fri Apr 17 , 2020
Rapper French Montana is back with a brand new single titled “That’s A Fact.” Fans will notice a new sound this time around as French jumps on the Drill beat trend. Although the Drill sound originated from the U.K., it is starting to get very popular among some New York artists, including […] 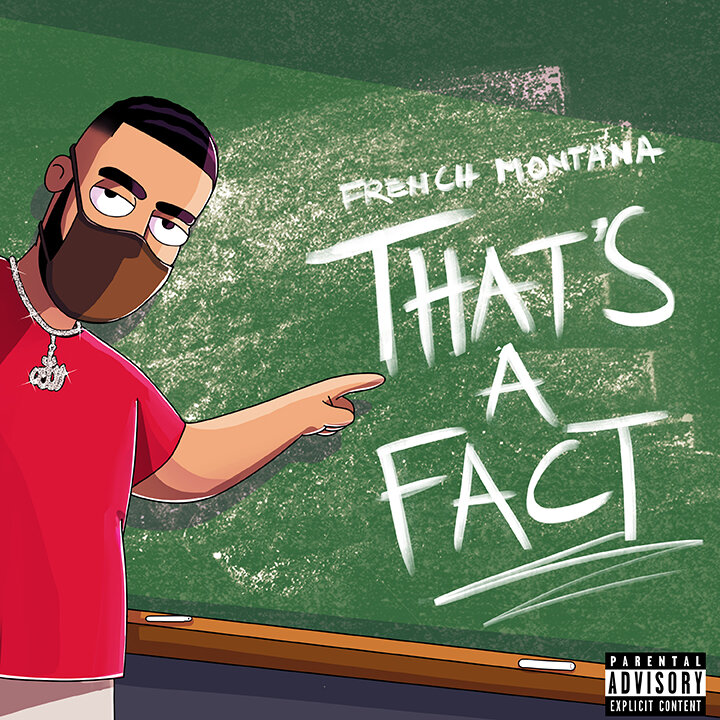