How did you choose your stage name?
The streets in my city knew me as Kay Nine before my Rap career. I wanted to use a name my community was familiar with.

Where are you from originally?
I was born in St. Louis, MO and moved to Southern California at age 5.

Why did you start to do music?
As an adolescent I felt Rap music was the only thing I could relate to at the time. It spoke to me in volumes nobody else could.

Why do you continue to do music?
As cliche as it may sound, music saved my life. It placed me around people from different walks of life. If it wasn’t for music, I would never known how big the world is outside of my neighborhood.

Have you had another career that wasn’t in the music industry?
I’ve worked in the medical field lol.

Have you ever thought about having another kind of career?
At times it gets tuff trying to survive as an independent Rap Artist. Cuz of that, its made it easy to have thoughts of going back to getting paid in the streets the best way I’ve always know how. Ive been fortunate enough to keep a strong and positive mind about it all.

Who do you look up to in the industry and why?
Nipsey Hussle – R.I.P. He stood for making a difference in these streets and for all minority’s. Not only did he talk about it, he did it and from the ground up.

What influences your music?
As a kid I was never good at communication and expressing myself. Music was the only way to accomplish that and without worrying about the thought showing signs of weakness. I have evolved in ways I could have ever imagined as a kid. I want to show those with familiar shoes that it can be done.

When did you know that it was actually going to be your career?
When I looked back on my life I realized what I have accomplished cuz of music and so did everybody else around me.

Who helped you get (your foot in the door) in to the industry?
Nobody, Ive just stayed consistent with my hustle. I never let up or took any breaks from music. A lot of people took notice and admired that about me.

Have you ever released an album?
Yea dat…

If so, when did you release your album/albums?
My debut album “Reality Check” as an independent artist was released in 2010.

Have you ever been featured on other people’s albums?
Suga Free and Spider Loc album. “We In Emergency” Presented by Dj King Assassin featuring myself along with 2pac, Ice-T, Kokane, C-Bo, Treach (of Naughty By Nature), Big Hutch (of Above The Law), Havikk (of South Central Cartel), Baby Eazy (Eazy-E son), Maxine Jones (En Vogue) and more all on one song. It reminds me of the legendary West Coast song “We Are All In The Same Gang”.

What differentiates you from other artists?
My story of life through my point of view.

What tours have you played on?
A few of my own locally and out of state.

What do you do with your free time?
Spend it with my family, eat at different restaurants and travel

What do you want to be known for/known as?
Someone that not only put out timeless music, but also helps empower those less fortunate.

What do you hope to get out of your involvement in the music industry?
Success!!!

Thu Oct 17 , 2019
Polo gives us some valuable tips on what it takes to land a record deal! The key is treating your brand like a business. About Author HHW Staff See author's posts 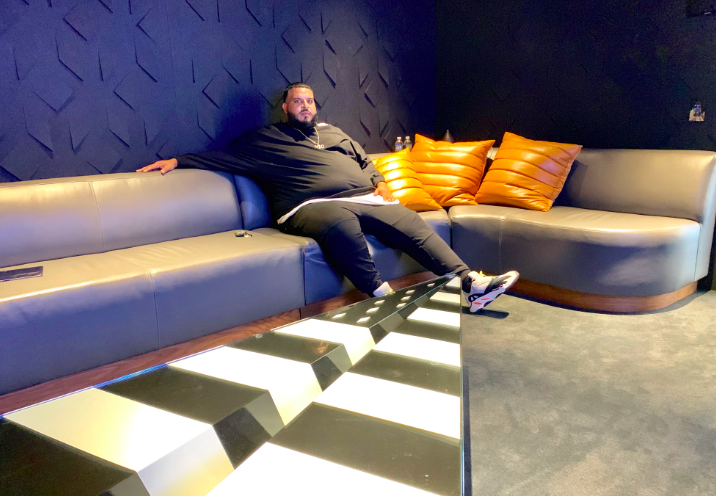