Six Figure Lin is an artist who has been sharing his story and expressing his emotions through music since he was young. Lin has been working on releasing his newest project, an EP titled Linsane to be released on January 9. This project is filled with his personal feelings and experiences.

Linsane is a project that features intense and creative imagery and focuses on Lin’s life and experiences in the recent year. “It’s a well rounded tape,” he said. “It shows a lot of different styles but at the same time it tells my story.” With a focus on the way that he creates stories, his lyricism is intense.

A feature track on this EP is a song titled “N.U.M.B.”. It focuses on being true to who you are and focusing on the things that are important to you. “N.U.M.B.” stands for “Never underestimate my brilliance”. “If you listen to the tape, you’ll start to understand what I’m really going through,” he said.

A video for the song “N.U.M.B.” is set to release alongside the rest of the project. The visuals will be an incredible addition to the lyricism and beat of the upcoming track.

Overall, the EP Linsane is about the power of resilience and moving forward after making it through trials and tribulations of your life. “If you stop, you’ll never know,” Lin Said. This project showcases how much of a versatile and lyrical artist Lin is. It is an honest representation of who he is as a musician and a person.

Following Linsane, Lin plans to release another EP titled Linsomnia on February 14. This new EP will showcase the other side of Lin’s life and the difference that the hard work of success can have on a person. “I just want to give people a good idea of what I can give,” he said.

Be sure to check out Six Figure Lin, his EP Linsane and the rest of his discography on all major streaming platforms. Also remember to keep an eye out for him on social media for more information about his future releases, shows and more. Links to all of this can be found listed below.

Fri Jan 7 , 2022
NFL Rekko is an artist with a versatile and bold sound. His name, standing for ‘Never Forget Loyalty’, is a true example of who he is as a musician. Rekko’s music is honest and easy for his audience to connect to. His most recent release, “Don’t Talk To Me” is […] 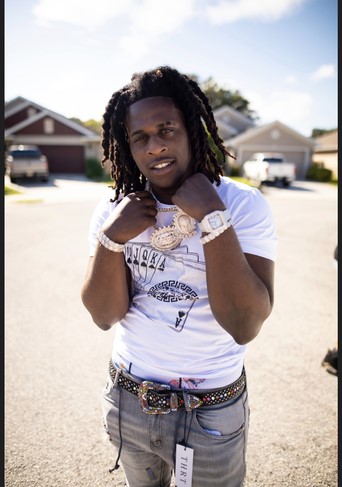