Crowned the Queen of R&B, Singer, Song-Writer Tink is not only super talented, but she’s also humble, hard-working and down to earth. She recently collaborated with some of the industry’s biggest names for two of her latest singles and after being in the game for over 10 years though she’s seen success early on in her career, her hard work and persistence is once again paying off. In a recent meeting phone interview with our correspondent ReddRoxx, she discussed what it was like to work with super-producer Hitmaka, Rico Love, 2 Chainz and more. Starting with her single “Goofy” which almost every woman can relate to at one point or another, Tink recalls the song came about while vibing with fellow R&B singers song-writer and producer Rico Love in the studio. Ironically it was actually her very first time linking with him and now views him as a big brother, as they push the single up the charts.

It’s no secret that versatility is currently one of the main strongholds in the music industry. Tink is an artist who can switch things up seamlessly and did so for her newest single “Cater” featuring 2 Chainz. As a self proclaimed super fan of Destiny’s Child growing up, she says it was a dream come true to sample their 2004 hit song “Cater 2 U” off of the album “Destiny Fulfilled”. She admits the process of getting the sample cleared was nerve-racking mostly because she feared rejection but ultimately the wait was worth it and she now has a mega hit on her hands. Although Tink is adamant that she’s not into titles, and humbly feels that all woman can be crowned the Queen their craft, she’s definitely stepped into her role well with the sultry and tantalizing track. It has the perfect mix of R&B and Hip Hop thanks to Tink’s stellar vocals and 2 Chainz providing just the right amount of masculine flare. The two collaborated effortlessly on “Cater” so much so that 2 Chainz who was only supposed to provide one verse, provided two!

As the mid-summer R&B smash continues to make it’s way up the charts, she continues to receive notable co-signs from her counterparts in the industry. When asked how it feels to receive a co-sign from other major artists such as Cardi B and City Girls, she stated, “It’s beautiful, it makes u feel good. I wish it was more unity in this industry. [I] Embrace it and try to embrace other artists.” So what makes Tink standout amongst others? Her reply, “Being from Chicago I’m just a little…more…how should I put it? My music is harder.” She continued, “I’m very strong minded and not going for the B.S. behind the scenes. Like, nothing can break you coming out of Chicago.” With that being said, not even Covid could break her. The worldwide lockdown did in fact break many other artists but Tink was locked in. Creating music and plotting a successful return to the music scene after taking a two year hiatus. Not many artists can re-emerge successfully after taking a break so when asked what she feels is the key to her longevity, she attributes that to the foundation and fanbase she built at the ground level, who carried through for her. Even when she stepped away, they still remained a solid fan base dating all the way back to making mix-tapes in 2012. Tink stated that because her fanbase was built solid so early on, when she performs, her older songs are the most received.

Tink is fortunate to have found her niche and fanbase but there are many budding artists struggling to do the same. When asked what word of advice she would give she answered, “Stick to what works. I don’t mean do the same thing forever. You’ll have people that will come around and try to benefit from your following. You’ll have a lot more success doing it your way. Stick to your vision.”

If you’re wondering what you can expect next from the Queen of R&B, she plans to release more music with her upcoming album “Pillow Talk”, executively produced by HitMaka slated for release on August 19th. . The highly anticipated album which features notables such as Fabolous, Muni Long, Russ, Latin Greene and others, is available for pre-order. She also hopes to put together a tour in the UK and if that’s not enough, she’s working on publishing a book of quotes through Empire. Tink could very well be the hardest working singer in the industry right now and she shows no signs of relinquishing her reign anytime soon. To keep up with everything Tink, follow her on Instagram, watch the visuals for “Cater” feat. 2 Chainz on YouTube and stream on all major platforms!

Wed Aug 3 , 2022
Shontel Greene known as “Baltimore’s Empress” has evolved from a once titled, American Gangster/Drug Dealer, to a renown woman of excellence. Recently featured on the BET series “Trap Queens”, the empress was able to highlight the hardships of her childhood and display for the masses the decision-making that led to […] 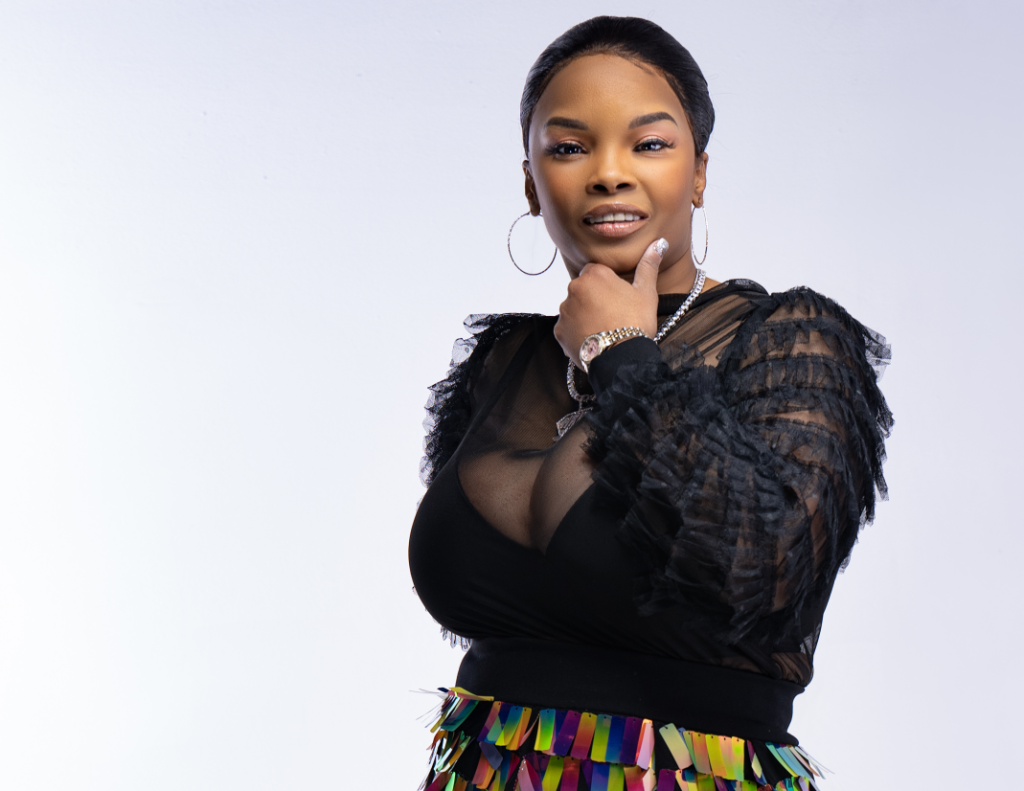