Minority representation in entertainment, while increasing, still needs a better balance. The lack of Asian inclusion is harmful to many Asian Americans who wish to see themselves highlighted in the industry. Luckily, STAR 2 is ready to take the spotlight and be a role model for those that remind him of the younger version of himself. The now San Diego local was born in the Mae La Thai refugee camp in Myanmar and relocated to the States at the age of 5. He knows all too well what it’s like being down – growing up in an area of uncertainty and always having to watch your back – but now, for STAR 2, it’s only up from here. He takes after his musical influences and aims big, like fellow artist and collaborator Stupid Young who is also repping the Asian community. Icons like Justin Bieber, Juice Wrld, and Luh Kel are among his top influences because of their emotional lyrical content. The singer follows their lead and bases his concepts around the eagerness and ardor of love and the affliction and melancholy of heartbreak.

STAR 2’s first single, “Hollup Gurl,” boasts over 250k streams on Spotify and was given the thumbs up by MTV’s Justina Valentine and Jordan Beckham, and his single “WTF is Love” was praised by Soulja Boy. Fans made sure to show the #HollupGurlDanceChallenge a lot of love by dancing and acting out the song. STAR 2 wants to leave his footprint in the industry, and you can be sure it’ll be one deep mark with his mix of West Coast pop and R&B, and infectious magnetism.

Who are some of your biggest musical influences overall?

What’s your single “If U Want To” about?

Teenage love in all of its forms.  It is about falling in love the first time: meeting each other, getting to know each other, feeling the incredible feeling of your first love.

Hector Toro directed the video.  It was cool.  It was the first music video I shot.  We had great locations – at Sunset Cliffs, the boardwalk in Mission Beach, at a lookout point on Soledad Mountain, and a very cool bridge, the Spruce Street Suspension Bridge, in San Diego. I also drove a classic Mustang convertible.

What albums are you listening to right now?

How did you navigate your career throughout 2020 with the pandemic situation?

I couldn’t do shows and had to drop animated videos. I cut two albums in the studio.  I have a lot of new material I want to share.

I am dropping an EP in May, an album in September and shooting three music videos – one with Luh Kel in April or May. I am finishing up a second album and will start dropping those new songs in December.  Can’t wait to see my fans and perform live.

Fri Mar 5 , 2021
199X‘s new project “Kandyland” is a four-track project fueled by the high of throwing secret, exclusive house parties that would soon turn into strip clubs in LA. Songs like “Gone” and “Kamera” are eerie, bass-heavy tracks that practically smell like a shower of hundreds hitting a stripper pole.However, 199X is […] 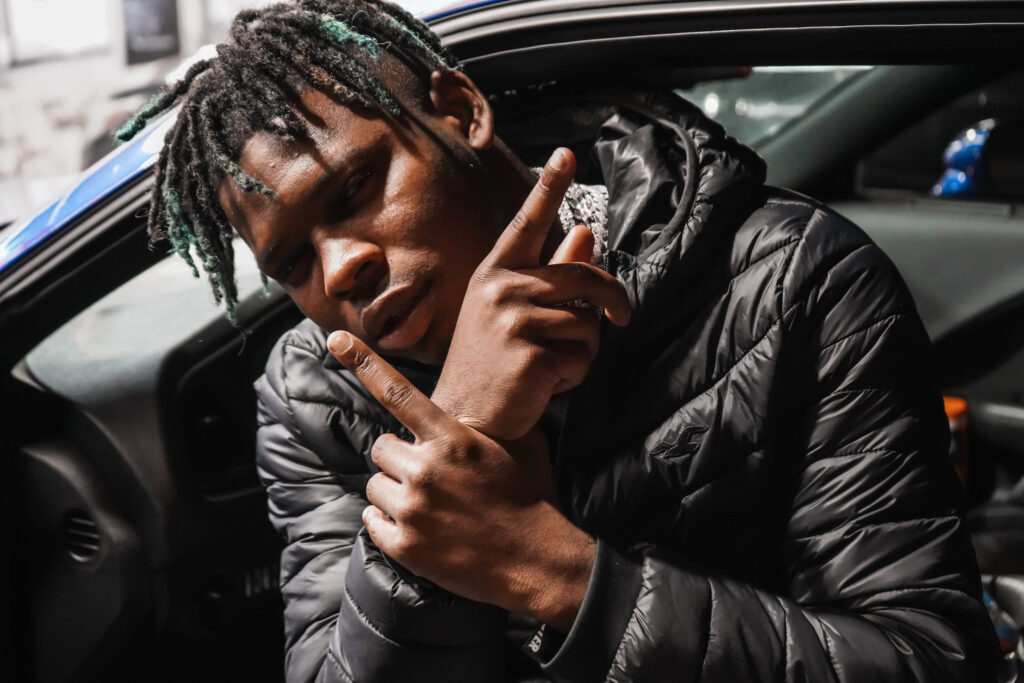