Growing up in discriminating environments will put you in situations you’re not ever prepared for. Experience becomes a teacher at times where the lessons are too late because you are already dealing with the consequences. Life is different, but the same when like environments regardless of the location provide the same type of pain.

Ross Taxin is an artist in Riverdale, GA who’s always been focused on his music. Before his incarceration in June 2019, he was involved in marketing for Atlanta record label, Think It’s A Game Records. He’s also done multiple Florida colleges tours alongside, central-Florida promoter Mango Beats, and southeastern state tours with Blaqvision. To add on to his success he developed a merch line with front-store merch placements, released videos with over 100K views, streams, downloads & more. His recording focus is unmatched as he had experience recording with artists like Ola Runt, 24 Left Eye, Yung Ralph, Mr. 2-17, platinum producer Narquise.

With trouble coming his way, Ross Taxin ended up being incarcerated from June 2019 to Jan 2021. Usually, you would think being locked up will put out the fire you have to focus on your dream, but this wasn’t the case for Ross. This was even more motivation to find a way to stay on the path to success. Landing in Fayette County Detention Center then later moved to Jackson State Penitentiary he found himself now connected with MPR founder Shady Doves who taught him about the Atlanta politics & music industry.

While incarcerated Ross wrote over 300 songs, ordered 40 books containing autobiographical and music business information. Even the 4 months in solitary confinement did not stop what he is destined to become.

Fast forward to his release, Ross Taxin has recorded numerous albums and released his first single in 4 years titled “$1,750” with popular Las Vegas DJ Trap-A-Holics. He has since recorded with notable Atlanta artists, Big Rube, Nefew, and Jose Guapo. In addition, he has unreleased collaborations with DJ Plugg, Empire Mixtpaes, Lex Luger, and Pierre Bourne. Lastly, he has been published on major hip-hop platform Worldstar putting up 50k in the first week. Also, he released his first music video, which performed 10k in the first week with little to no promotion with the sole support of the fans who were waiting for him to “come home”.  In interviews done by RapTV, VoyageATL, and Leafly, he concludes his tell-all by mentioning his story and journey about Georgia Cannabis, Fayette County, and how the world is finally going to hear about Ross Taxin.

Ross is an artist with a mission, and nothing will stop him from achieving the goals he sets for himself. He’s moving like a force through the music industry, stay in tuned with what’s next!

Redman Drops Visual for "So Cool" off Muddy Waters 2 Album

Wed Jul 20 , 2022
Releasing his first visual “So Cool” off of his highly anticipated album Muddy Water 2, hip-hop legend Redman is offering music lovers a sneak peak to his forthcoming project which is slated to drop later this year. Based in Atlantic City and with panoramic views of “America’s Playground,” the monster […] 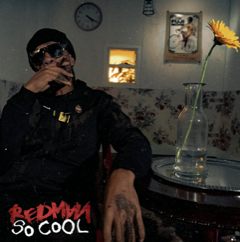