Bamboo is a pervasive species of plant that takes time and effort to establish its root system, but once it does, it grows at record speed. Ricci Bamboo has built a similar foundation that will stand the test of time. A product of his Toronto roots, Miami upbringing, and West Indian background, he has the experience and versatility to flourish with confidence in the music industry. As for his peers, they grew up listening to southern hip-hop. Growing up in a “rough” environment pushed him to be bold, confident, and unapologetically authentic. He gravitates towards originality and uniqueness, as he has seen practiced by his favorite artists. Bamboo recognizes that “Music has always been used as a form of entertainment and an influence. Regardless of what your message is, you’re influencing people. Their moods, their belief systems… you’re influencing something in their life.” His mission is to make music that he is proud to stand behind as it outlives him and reaches generations to come.

“Papa,” a ballad on top of an afrobeat, derives from the many inspirational men Ricci Bamboo has been surrounded by throughout his life. This unique sentiment is paired with a distinct sound resulting from a collaboration between himself and artist David Meli. Our youth, which Bamboo refers to as the “lost generation,” requires immense guidance and support during this tumultuous time – support from father figures. He confesses to speaking with many young people who refer to music from previous eras because they feel songs today fail to provide them with substance. Drawing from his own experiences, he understands what it means to be a fan of an artist. You grab on to everything they say within their music and truly take it to heart. Bamboo has accepted this responsibility and is creating tracks with a profound message. Papa addresses the role of strength that fathers play within their families’ structure; and the reality that many live in homes where the father is not present for various reasons. The track not only reminds listeners of the powerful presence of a father figure but also the need for men to recognize this responsibility and become unified within it.

Beginning with male dancers covered in paint that spells out the words “intelligent,” “powerful,” and “brave,” there is an essence of male empowerment in the “Papa” video. Bamboo is familiar with the difficulty of breaking through barriers as a male from a minority community. He explains, “It’s hard to find resources; there are hidden walls left, right, and center.” He encourages men to live with purpose and believe in themselves despite the inequalities. This self-confidence will allow men to be better mentors, fathers, brothers, and humans. The dancers reflect this as they perform with masculine movements and gather their hands, raising them to the sky, signifying men’s ability to uplift future generations. The video, with its short film feel, shows the impactful bond between a father and son – a bond that is vital to the growth and prosperity of men in our world.

How have your Toronto roots and Miami upbringing shaped your sound and musical style?
The multiculturalism in both Toronto and Miami had a huge impact on my musical influences. There’s a sense of confidence I redeem when experimenting with the sound of different cultures.

Who are some of your musical inspirations and how have they influenced your creations? Are there any hip-hop artists that you particularly admire?
The  “Super Producers” in my era of pop music such as Timbaland, Pharell, Dre Dre, Jimmy Jam and Terry Lewis & Max Martin are the fuel of my creativity. Missy Elliot, Andre 3000 and Kanye West certainly are just a few of many hip-hop Artist that help me take pride in originality.

Can you explain the process of coming up with the concept for “Papa’s” music video? What was one element that you knew you had to include in the video?
Shoutout to Thomas Obewu and the entire team of TOMXFILM for directing and
producing Papa with me. Nailing the storyline was the #1 priority due to  the context of the song “ Papa”
Bringing awareness to the devaluation of Fathers in this generation of youth was the point of reference for coming up with the concept. Last but not least, strong imagery was paramount for this video.

“Papa” is extremely relevant to many individuals’ lives. How do you hope this track impacts listeners? Is there a specific audience you hope the song reaches?
I hope fans and listeners are inspired to embrace the Great Men in their lives. I think the audience is universal and I trust “Papa” will be timeless to the generation afterwards.

Why was it important to incorporate afrobeats and dancing into the song and music video? Were those elements you immediately knew you wanted to include or did they occur later on in the creation process?
Afro beats is on everyone’s playlist and connects with the worlds DNA right now. Dance is the overall objective of 95% of my music. I strive to make sure the music MOVES you. I really want to “tap in” with the dance community around the world. We need Dancers as long as music exists.

When did your passion for music ignite, when did you realize music is what you planned
to pursue professionally, and where do you see your musical career heading?
Age 15 is when the light bulb turned on. I heard everything differently and developed curiosity of every sound I heard in my favorite songs on the radio. I needed to know how music I heard was actually created  I trust that all the hard work my team and I put into birthing music and visuals with
substance “out lives us” I believe my fan base will feel a genuine connection with Ricci Bamboo as they grow in numbers and I grow as a Creator. I want to be known for creating Timeless Gems consistently through out my career.

Wed Aug 24 , 2022
Boasts about unbreakability aren’t too unusual in hip-hop. Every rapper wants her listeners to recognize her strength and tenacity. Yet few young artists have demonstrated resilience and flexibility more clearly than Flau’jae. The Savannah-born, Louisiana-based vocalist has already excelled in two ferociously competitive arenas: music and hoops. She’s made waves with […] 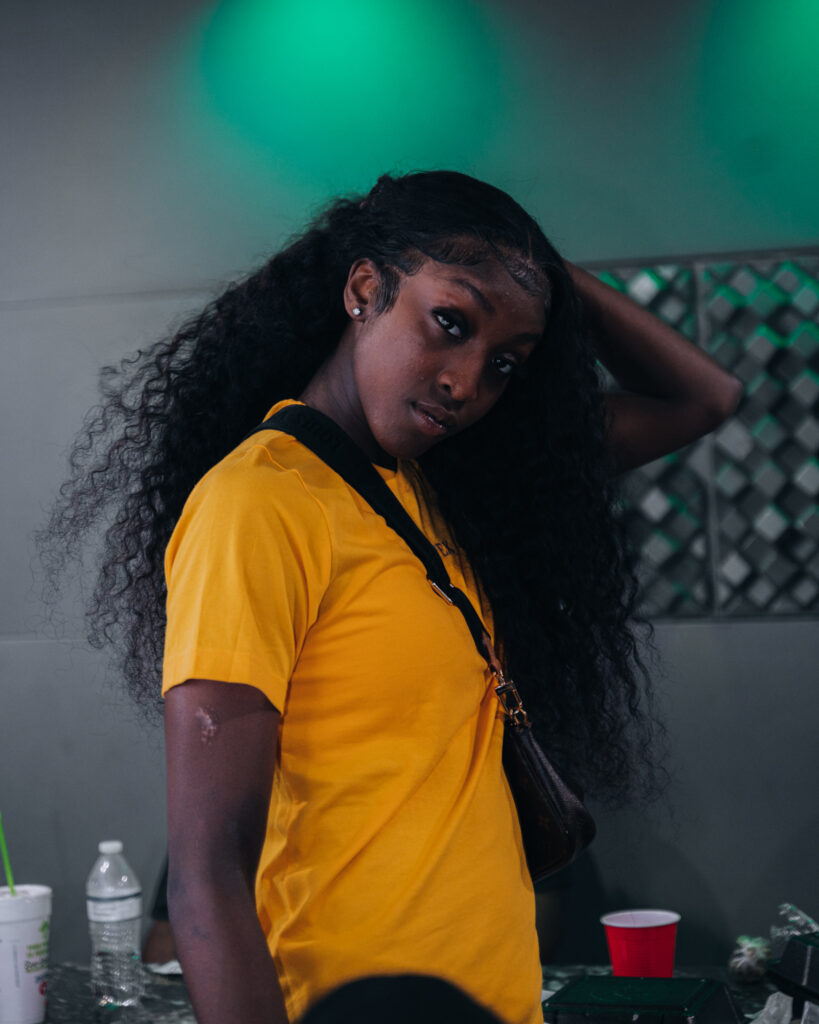