Los Angeles native and recording artist, Joey Franko, is an independent phenomenon whom was raised in the neighborhood of South Central, by way of the valley.

Much like the streets of L.A., it’s safe to say Joey’s roots run deep when it comes to knowing his way around the booth. Joey is the son of M.C. Brains, a rapper mostly known for his debut album Lovers Lane released in 1991. Brains single “Oochie Coohie” quickly gained recognition and became an overnight hit. With Franko’s flawless delivery, fearless flow and universal sound, it’s evident Brains passed Franko the blueprint on how to create a Hot 16. Franko’s top records include “Thor”, “Throw it Back”, “Direct Message” and “Avenue”.

Always on his grind and on the go, Franko the phenom will soon be dropping his his highly-anticipated, Onna Gang 2, project which will be available on all digital platforms. The emerging artist has also been reportedly spotted alongside hip-hop artist Blueface, possibly making major plays and cooking up some heat for the Summer.

Check Out Joey Franko’s hot new single “Throw It Back” below and be sure to follow Franko’s journey via Instagram @ogejoeyfranko. 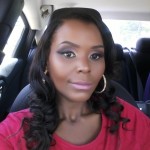 How Music Artist Ty’Liyah Monroe, AKA The Tatted Goddess, Unwinds Through Music And Ink