Rapper Thomas Howard, is making preparations for 2021 as he aims to become one of the most recognizable names in hip hop. Since gaining the industry’s attention a few years prior, after being discovered by Bizarre from D12, Howard has inarguably taken his career to new heights and establish a new trajectory in his career. On his single “Love or Lust”, the Dallas rapper delves into a deeper layer of his honest tongue, and raw lyricism. Love or Lust sets the tone for what we can expect from Howard as a lyrical storyteller. His fabulist abilities are out of this world and thrive like never before on his latest material.

The most notable element of this release is the consistent, heavy-hitting bars that go on from the beginning to the end of the record. Being heavily influenced by a long list of greats, such as Big Pun, Nas, The Notorious B.I.G., Tupac, Bizarre of D12, and Eminem Howard is figuring out ways to joins the ranks of some of the greats.

With a thriving sound, steadfast fan base, and musical bliss, he is poised to take over the mainstream circuit. Press play below to stream “Love or Lust” and tap in with some new vibes.

Thu Jan 7 , 2021
According to TMZ on Thursday (January 7),  Dr. Dre has agreed to give his wife $2 million in temporary spousal support following a divorce complaint filed by his wife, Nicole Young  in June 2020. After suffering from a brain aneurysm on Monday (January 3) and being hospitalized, Dre signed  the […] 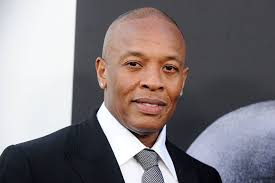