Music has long been an expression for urban communities. On the surface level it may even be misconstrued for something that may have a deeper place of meaning. Harlem-born, NJ-based artist and producer, Raina Simone aims to highlight the meaning and resonance of the genre and the opportunities it has created. In doing so, she unveils her new debut EP, To My Hearts. The NYC Drill era is an era for history to say the least. Massively coming to global attention with the rise of Late Brooklyn native Pop Smoke — but it had been bubbling throughout the city even prior to his rise to fame. Bigger than just a gorey, upbeat genre, this 5-track EP shows the duality of the genre. In addition to a classic Raina Simone twist. For those unaware, the Harlem-native generally falls under the umbrella of conscious-rap. Providing that raw and gritty NYC lyricism with social and political bars and messages mixed in between. To My Hearts represents the other side of those affected by “drill”. It showcases versatility and its heartfelt ability to be positive and understood.

“When it comes to drill music, it’s a raw reflection of what’s going on in the roughest of our neighborhoods. And although between the bass and hi hat patterns we’re telling our stories, many disregard the entirety of the story behind it. Instead of a call of action or investment to eradicate poverty and violence within our neighborhoods, the music industry is giving us monetary incentive to continue a cycle of violence and oppression through music, causing us to conform to our most negative stereotypes and showcasing such to the world on an international platform.

“To My Hearts is a project that speaks to the raw emotions behind drill music. It’s a project of love (conversations), loss (amen), and perseverance amidst hardship (make a way). As the drill market continues to grow and become further commercialized, I wanted to be sure that we’re still the ones leading the narratives and directly benefiting off of the commercialization of the genre. But in order to do so, it was necessary to push the envelope of the drill sound to encompass more than solely drill content, while still staying true to our stories and narratives.”  — Raina Simone.

A jack of many trades, Raina Simone also produces, and produced every track on her debut EP as well. With her sonic ear and lyrical ability, Raina Simone is definitely going to be catapulted into the spotlight as one of the most memorable femcees there is to-date. Be sure to stream To My Hearts here at Hip-Hop Weekly.

Coi Leray Is On Her "Fly Sh!t" In New Visual

Fri Oct 21 , 2022
JERSEY STAND TF UP!  Beautifully blossoming from the Garden State, Coi Leray gets on her “Fly Sh!t” with her trendy track. Her latest offering comes as the follow-up to her fired up hit, “Involved” dropped off June 2022.  “Fly Sh!t” serves as her second sizzling single of the year following […] 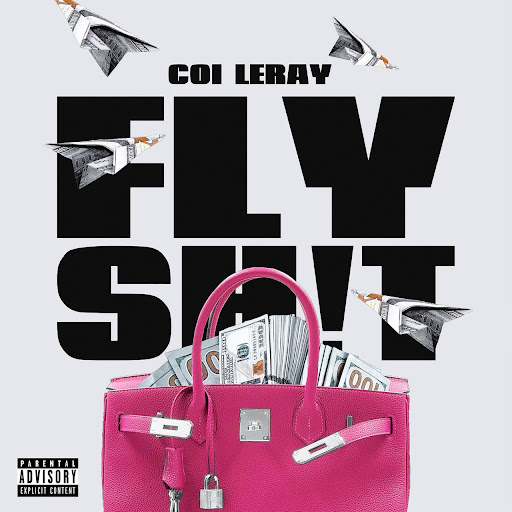