“I went back and forth with the rapping and singing for a while,” O’Neal said in a recent interview. “I was rapping first and to be honest, it seems like people started to gravitate to my singing more than to my rapping. I kind of was just like alright, let me play along with that and let me experiment with that side.”

O’Neal is a rarity, a Long Beach native, and his exposure to music at a young age led to his first love, music.

“I spent my time growing up between the north side of Long Beach and the east side,” O’Neal said. “I went to school at Long Beach Poly where I started to showcase more of the music side of me and passing out mix tapes and putting on rallies and doing shows, things like that.”

O’Neal spent more time behind the microphone than in front of it early in his musical career, producing music for a number of artists, including helping develop the primitive sound for fast-rising young artist Giveon (who was featured on Drake’s new album “Certified Lover Boy”).

O’Neal said he loves producing and wants to continue with that side of the music industry, but he also loves being on stage and performing.

“I feel like I love them equally and there’s no reason I can’t do both,” he said. “I just love that process of helping other people figure out what their vision is and helping something come to life, I will always love that.”

Under the description on YouTube, O’Neal said: “‘IOU’ was a revelation that came to me in the form of a song after my significant other for six years decided to walk out of my life, without warning. As time went by and I was able to process all of the emotions I was experiencing, I realized that person actually did me a favor by leaving as my life began to change for the better. In essence, ‘IOU’ expresses ironic gratitude towards someone who broke your heart.”

He said “IOU” was his therapy, his way of dealing with the breakup, and he wrote more songs about that breakup that could form the basis of a new project.

“I have a few working titles and I don’t think they will be final names,” O’Neal said. “There was a song, I did a premier party for IOU and I kind of gave a sneak peak for people who were in attendance of the opening track of the project, which is called ‘Wasted Love,’ and I’ve thought about that being the title of the project, but it may not be the final name.”

O’Neal said a lot of his passion for producing and music is also expressed through his day job. He works at the GRAMMY Museum in LA.

“There my role is really to facilitate workshops whether it be song writing or music production or different careers within the music industry,” O’Neal said. “Most of the workshops we do I’m hands on and teaching myself. I also get a chance to interview a lot of artists and industry professionals and I feel like I have a unique perspective as an artist and still a student of the

game as well so when I’m asking questions to tell about their story I feel like the audience who is listening really appreciates the kind of questions I ask and probably questions that they may have. Just being part of the GRAMMY Museum has just really given me insights and different perspectives that I probably wouldn’t have had if I wasn’t working there.”

O’Neal said he’s already in development with other singles that could land before the end of the year. To listen to his music, or to follow him on social media, please visit the following links:

Tue Nov 9 , 2021
South Carolina native Keem Reed – AKA G Check – takes a different approach with his music and people are noticing. “The different vibe I’m giving, they’re not getting the normal stuff on urban life, the hood, being derogatory towards females,” Reed says. “People like the lyrical composition and they’re […] 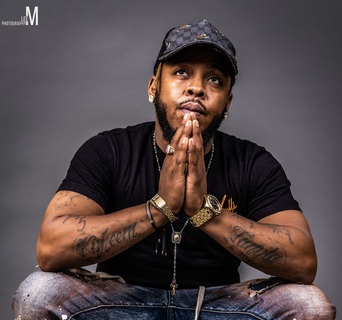