Mixes and remixes have been a dominant trend in the music industry for years. But a fresh crop of artists took this trend to a whole new level with their fearless energy and approach to conventional music. Producer and DJ Boudi Hamad is one of them, setting a new standard with his music. As a producer, he has shown his mastery over mixing and remixing in his debut song, “YA BAHRIYA.”

Boudi was only 15 when he started working at a music shop in his hometown in Saida. It was then he discovered his passion for music and started pursuing it as a career. After earning a certificate in music production from the prestigious TMH (The Music Home), Boudi was set to take the industry by storm. Unfortunately, others exploited his talent, which delayed his success but could not stop him from shining.

Boudi has created music for famous artists but had no access to his own recordings. He was also denied artistic credit for his creation. Things changed after the release of his debut song “YA BAHRIYA” because Boudi was then in a better position to settle the score with artists and demand his credit. So far, Boudi has released several hits on various digital platforms, earning thousands of views.

Currently, he is the entertainment manager at the Marsa Malaz Kempinski in Doha, Representing the 7 Management Group. Boudi has performed in numerous countries in the Middle East and the GCC and is also associated with the biggest F&B management company. He has also performed at the best clubs in Beirut.

Boudi‘s career took a positive turn after he filmed live music for the YouTube channel of CDA records. The company signed him and is now releasing his EP this year. Boudi is excited about his upcoming project and is looking forward to collaborating with famous artists to perform at popular events around the world.

Thu Apr 28 , 2022
The music and entertainment industries are some of the most highly competitive fields, and it takes a lot more to cement your place. However, this doesn’t mean that it’s impossible to build your name in the industries and even reach the top, just like fast-rising influencer and artist Champ T. […] 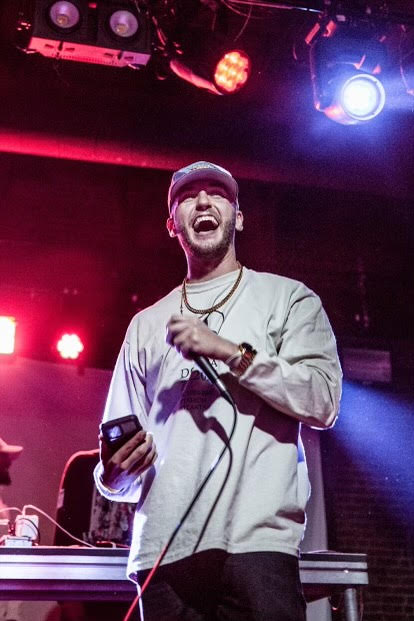