A forthright and vulnerable lyricist who has singled out the likes of Amy Winehouse and SZA as two of her many inspirations, Nina Raquel is an independent singer and songwriter whose powerful voice has recently emerged out of Brooklyn’s music scene. Originally from a small town in Upstate Rochester, N.Y., Nina Raquel moved to Brooklyn N.Y. in 2017. Growing up in a non-ethnically diverse town as one of only a few Puerto-Ricans influenced her song-writing:

“I had friends but I always felt lonely and misunderstood as the token Latino in my school and neighborhood. I had to suppress any anger or sadness I felt so I wouldn’t be labeled the ‘angry brown girl’. I found clarity and freedom in middle school when I started writing music. I was allowed to express the extremes of my emotions in a way that singled me out in a positive way.”

“Everybody everywhere has some type of commute to and from work or school. Mine just so happens to be on the train. I’m always reflecting on that train. I think about all of the things I’m unhappy about, things that I regret, all of my insecurities. That’s what this song is about; It’s about living in your head…”

Nina Raquel’s debut single “Slow It Down”, produced by Cito On The Beat, was released in November of 2018.

Trav Torch Wants the Ladies To "Wake Up" In New Single

Mon Nov 11 , 2019
“R&B Season” has officially commenced! Indie R&B Heavyweights, Trav Torch and Chris Echols have teamed up in an incredible record titled, “Wake Up”, the third single off Trav Torch’s forthcoming album, “Bachelor Life 2”. Trav is not one to slack off by any means, bringing his fans consistent heat to vibe to. “Wake Up” […] 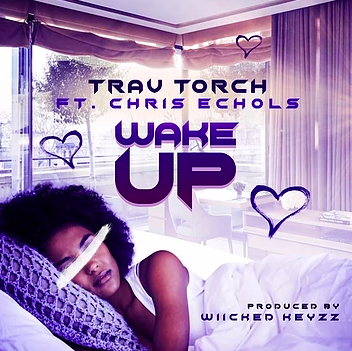