Nicole Arbour’s second single, “Fame-ish,” has a message that’s going viral. The Canadian released a banger of a Kid Rock vibe with her first single, “Biddi Bum,” disappeared for months without promoting it, and came right back with a gospel bounce that’s going viral. In four days, it has over two million views across platforms. Nicole Arbour’s new single “Fame-ish” is another surprise from the viral comedian nobody knew could rap.

She starts the introspective track with, “I liked HipHop before Xanies claimed us, and I liked movies where the president saved us.” Solid. Her flow is solid too.

The hook: “Takin’ all the selfies, not actin’ like your selfie, workin’ to be liked got you hatin’ yourself” is raw and honest. She’s taking the entire social media generation to church and preaching the truth.

The video is stripped down and takes place in a solid white room with Insta models, a gospel choir who seem like they’d be friends with Tyler Perry’s Madea, and Arbour in a simple grey tracksuit with Nike Cortez Iridescent Soar. She hasn’t come out and said she’s a sneakerhead, but Nicole mentioned she has a Cortez collection in a recent interview and keeps showing up with a rare fire on. This girl is interesting.

Without spoilers on the video, there’s a dedication at the end that hits you in the feels and cardboard cutouts of the most hated women in politics like Candace Owens that she takes a light-hearted jab at. I laughed out loud. This girl is entertaining, and the good vibes are coming right through the screen.

Now, what’s really interesting about “Fame-ish” is that even with a cheesy undertone, there’s no denying her flow, lyrical content, or the message. Fans are singing it online and posting videos dancing to it. The Law of Attraction Instagram with over three million followers posted it.

Nicole’s message is resonating fast, which brings us to WTF is Nicole Arbour? A comedian, writer, dancer, rapper, and in “Fame-ish,” she’s even a drummer. Yes, that’s her on the buckets. I find it hard to compare her to other artists because there really aren’t any other women in the genre like her. She isn’t overproduced or over-autotuned, and there’s something really organic about Nicole. When you watch her flow, you know that’s her.

Checking the credits on “Fame-ish,” she’s listed as writer, producer, and drums. She’s also linked to writing hits for country rapper Ryan Upchurch’s “Peoples Champ” album, which made its way to #2 on the iTunes charts last month.

Watching Nicole Arbour’s two releases back to back seems like she’s warming up, like we’re all witnessing the appetizer to a legit female MC about to be served up. Check the freestyle Nicole posted on her Instagram from the Risk On event in Vegas. “Real sh*t on the mic right now, Confucius says I’m not right now. Confuse these hoes top of my class, and rap about more than my a**.” She ATE.

Chlöe Bailey Is Back With A "Surprise"

Fri Jun 17 , 2022
After teasing multiple snippets of forthcoming tracks, Chlöe Bailey is back with her infectious new single, “Surprise“. “Surprise” serves as the third single from Chlöe’s highly anticipated debut studio LP. On the heels of singles “Have Mercy” and “Treat Me”, the illaDaProducer and Scott Storch produced track oozes sensual lyrics […] 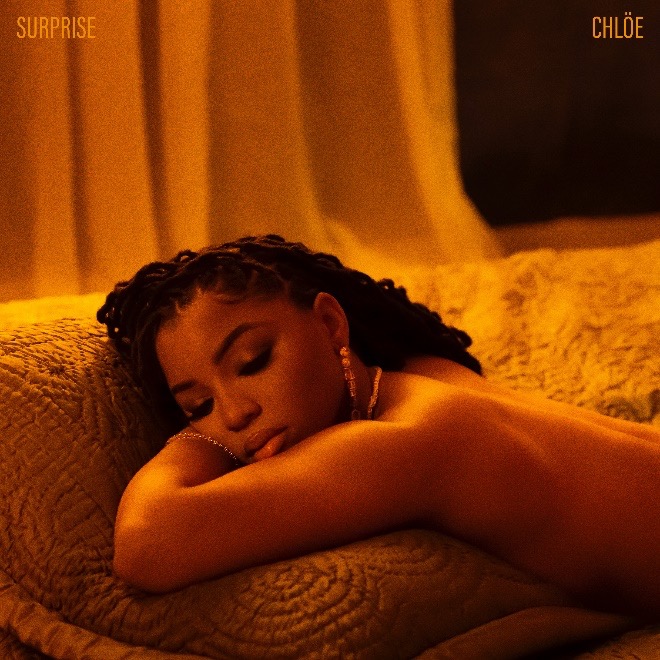