Nicki Minaj’s controversial husband Kenneth Petty has now registered himself as a sex offender in California following his arrest last week. He has since been released and has pleaded not guilty.

Petty was indicted for failing to register as a sex after he and his wife relocated to the west coast last year. During a November 2018 traffic stop, officers discovered that he had not registered his name in the sex offender database, according to PageSix.

The California Department of Justice System’s website lists his crime as “attempted rape by force or fear” which he was convicted of in 1995.

According to court documents, Petty allegedly attempted to sexually assault a 16-year-old girl in New York. It has also been revealed that charges by the the L.A. County District Attorney’s Office has been dismissed, being replaced by federal charges that have now been brought against him.

Nicki Minaj has remained tight lipped since her husband’s arrest.

[Watch] Moneybagg Yo Releases Visual For “Pistol By Da Bed”

Mon Mar 9 , 2020
Moneybagg Yo’s album “Time Served” was dropped in January 2020, and achieved his highest first-week sales figures yet. The album features artists such as Summer Walker, Lil Baby, Future, Da Baby, and others.  Being in high demand lately, he gave the fans what they wanted by releasing the “Pistol By […] 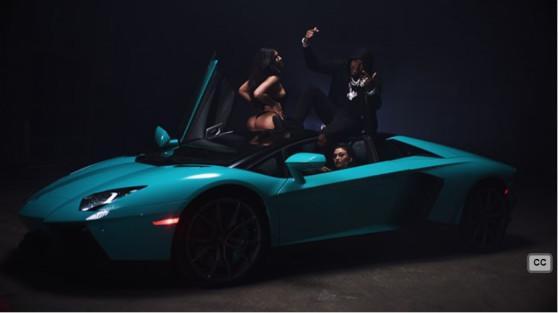