What’s the meaning behind your stage name Uncommon Nasa?
I’ve gone by Nasa as my alias since my early days in hip-hop and over time I began my own record label, Uncommon Records.  After a while, to separate myself and bring it all together it just made sense to add the two together to identify myself.

Who would you say are some of your greatest musical influences?
Influences in rap would be artists like Del the Funky Homosapien, GURU (R.I.P.) from Gangstarr.  I wouldn’t be here without the early groups like Run DMC and Public Enemy too.

What was it like crafting your 6th studio album Only Child? What were some challenges you faced and how did you overcome them?

It was really refreshing because by the time you create your 6th album there’s not any pressure to prove anything, it’s easy to be yourself and be comfortable in your own skin creatively.  Working with Messiah Musik was great too, with him producing the full thing we gave each other a lot of trust and faith and that lead to a positive experience.  As far as challenges, I think just keeping things on track, I had a few other projects come up that had me put this album on hold a few times.  But even that sort of hurdle helped because I was able to re-visit this material with fresh eyes more then once during the creation of it, which is rare when making an album.

What inspired “Brooklyn Soup” and how did you translate this into the production of the music video?

Brooklyn Soup is inspired by my own genealogical experience doing research on my own family history.  I’m an only child (as is the title of my album) and I’m at a point where I know I’m not having any kids so family history and knowing where I came from became really important to me.  This also came about because of some surprises in my ethnic make up via DNA testing.  It sent me down some rabbit holes online to find out more.  The video re-enacts research of this kind and re-traces my families’ steps back to their origins in Brooklyn all the way back to the apartment where my Mother was raised, which is the doorway featured at the end of the video.

How long have you been collaborating with Messiah Musik? What was it like working on “Brooklyn Soup” together?We’ve been releasing music together since 2014.  He had four beats plus the interludes on my album, New York Telephone, including the lead single from that record, 574s.  I’ve always wanted to do a full project with him since then and we finally did with Only Child, which Brooklyn Soup is on.  Brooklyn Soup originally started out as another fully formed track that was recorded, only for us to come back and re-work it into it’s current form.  I think that was an ill part of the process and unique to this song in our catalog together that that kind of thing took place with it.

Tell us about your label Uncommon Records, when was it founded and what is your main mission?

The label was founded in 2004.  The mission right now is to function successfully as a vinyl based label that also pushes music heavily via digital platforms like Spotify, etc.  We make CDs and Tapes as well, especially during this epic slowdown on Vinyl delivery from plants.  The mission is to keep growing original hip-hop and music in general.  We’ve expanded to include two imprint labels, Uncommon Restoration (a 45RPM 7″ repress label for our back catalog and beyond) and Uncommonality International (which kicks off in 2022 and focuses exclusively on digital only instrumental releases of all kinds).  We want to give a voice to as many original creatives as we can and it also makes a nice outlet for my own work, whether it be on the mic on or on production.

How are you connected with White Horse (with Gajah), Guillotine Crowns (with Short Fuze), and Last Sons?

With White Horse, it’s a duo with Gajah where we both are on vocals.  I produce for the group as well, but we also rap over other productions.  Our debut release came out in 2020 on vinyl and cassette and our Spotify featured a ton of amazing remixes as well.  Guillotine Crowns is my duo with Short Fuze, both us are on vocals and I’m the exclusive producer on this project.  Our debut release, Hills to Die On will drop on vinyl and CD in 2022 with a grip of digitally streaming singles getting released in advance of it.  Look for videos there too.  Last Sons is an English duo made up of Duke01 on vocals and Furious P on Turntables, I’m the producer on their Uncommon Records releases, Chekhov’s Gun and Steroid Stereo.  Chekhov’s Gun came out in 2018 and is available on Vinyl and CD.  We toured together in the UK, which was incredible fun and I hope to be making more music with those guys again soon.

What can fans anticipate from you for 2022? What major projects do you have planned?
2022 is stacking up already.  Firstly I have another EP with Messiah Musik that will drop on a surprise release date.  I just finished mixing the last song for it and shot a video for the upcoming single.  After that will be the Guillotine Crowns’ LP that I mentioned called Hills to Die On, lots of singles leading up to it’s Spring push.  Short Fuze has a solo LP coming out with us in 2022 which has production from myself and many others.  I have several productions that I can’t talk about publicly just yet that I’m working on and we are putting together a compilation filled with new originals from everyone on the label, the third installment of our Uncommon Burners series.  Oh, and we have another 7 inch or two from Uncommon Restoration and we are kicking off Uncommonality International with several digital instrumental releases as well.  Full slate!

Fri Nov 19 , 2021
GSambo is an elite name in the Richmond, Virginia music scene. His troubled past is no indication of what he will do going forward. His newest single, “Faygo,” featuring Paper Route Empire’s Key Glock, is truly something. Coming off the steam of Billboard’s #1 Independent album Yellow Tape 2, Key Glock stamps VA’s GSambo […] 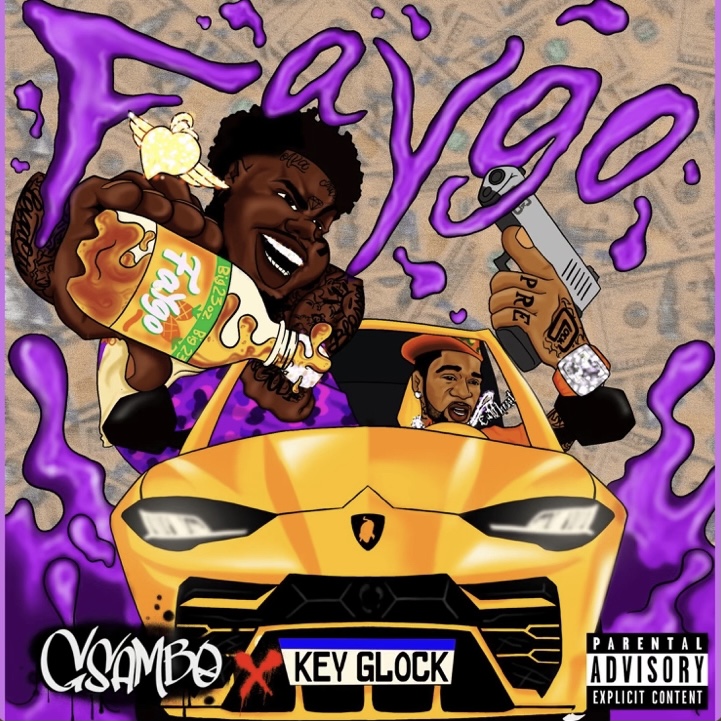