On Friday, Megan Thee Stallion released her highly anticipated EP, Suga; despite the nasty court battle with her record label that almost prevented the project from being released.

The nine track project which delivers collabs with both Gunna and Kehlani, was initially scheduled to drop on her late mother’s birthday, May 2nd. However, the project was released nearly two months early, presumably due to the court case.

In addition to the EP, Meg also unleashed the Eif Rivera-directed video for the project’s lead single,  “B.I.T.C.H.,” which samples Tupac’s, “Rather Be Ya N-I-G-G-A.” The visual opens up with her bossed up alter ego Tina Snow giving advice to her newer, and much sweeter alter ego Suga.

While Megan is hard at work recording her highly anticipated debut album, this EP will serve as an appetizer for fans.

“When the situation came up, I’m like, ‘Oh my God, I gotta put out this music. I don’t just wanna leave my fans with nothing ’cause I don’t know what’s gonna happen. The music that I had made and the songs that I really, really liked so far, I was like, Let’s just drop that shit on the EP,” she revealed on Ebro in the Morning.

Earlier in the week, Megan was granted a restraining order that permitted 1501 from blocking the release of her music. While 1501’s CEO Carl

Crawford filed a motion to dissolve the restraining order, a judge rejected his motion on Thursday and a las, we were blessed with ‘Suga.’

Check out Meg’s latest alter ego as she gives us a taste of what’s to come.

Pop Smoke Laid To Rest On Thursday In Brooklyn

Fri Mar 6 , 2020
Brooklyn rapper Pop Smoke, born Bashar Barakah Jackson, was laid to rest in Brooklyn on Thursday with hundreds of family, friends and fans coming out to pay their respect. During a massive funeral procession in Canarsie, a white horse-drawn carriage paraded Pop’s black casket with glass windows through the streets […] 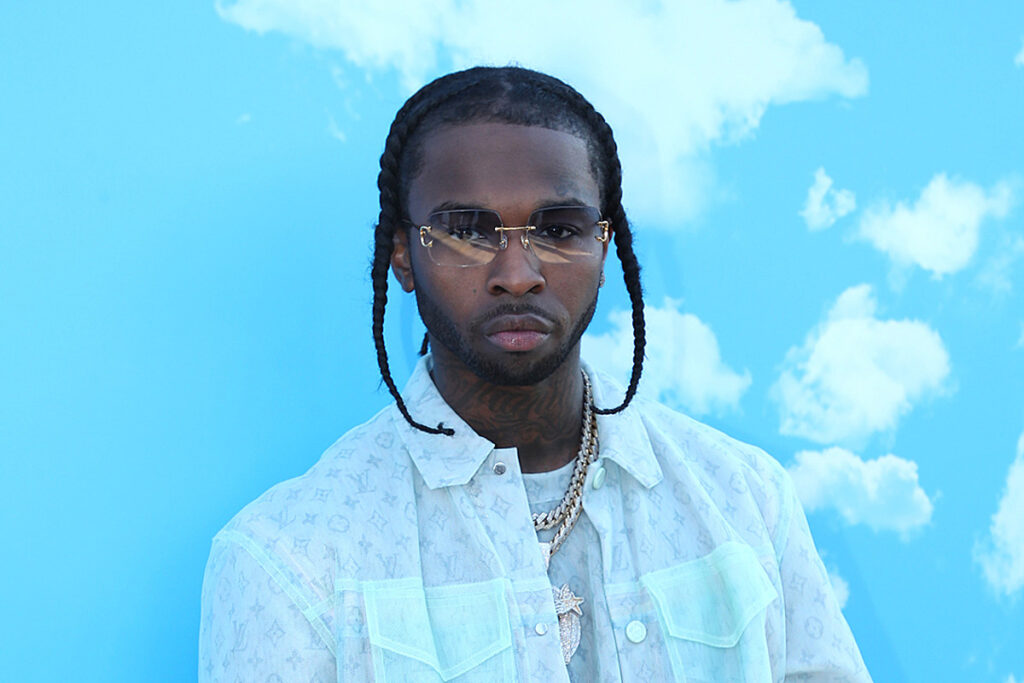