Moosie Wins is a well-known artist from Brooklyn, New York. His latest work is a brand new, sparkling hot single titled “McLOVIN”, which has started to gain traction in the club scene and digital playlists.

Named after the famed character from the 2007 comedy film, Superbad, McLOVIN took itsinspiration from Superbad. Interestingly, it is Mclovin’s 40th birthday year. The song’s artist Moosie Wins has won this one by bringing a comedic flare to his newest single to match and enhance the bouncy melodies. The way the whole video and single campaign were all put together, it is obvious that the New York artist is now very ready for the spotlight.

Sat Sep 18 , 2021
ROYAL FAMILY ENTERTAINMENT will be bringing Latin pop star RichyRicoTheGRP to Miami, Florida on October 2, 2021 for a huge weekend extravaganza starting with a Pay-Per-View Celebrity Boxing Event. This will be followed up with the official Celebrity Boxing After Party and an exclusive Mansion Day event which will include […] 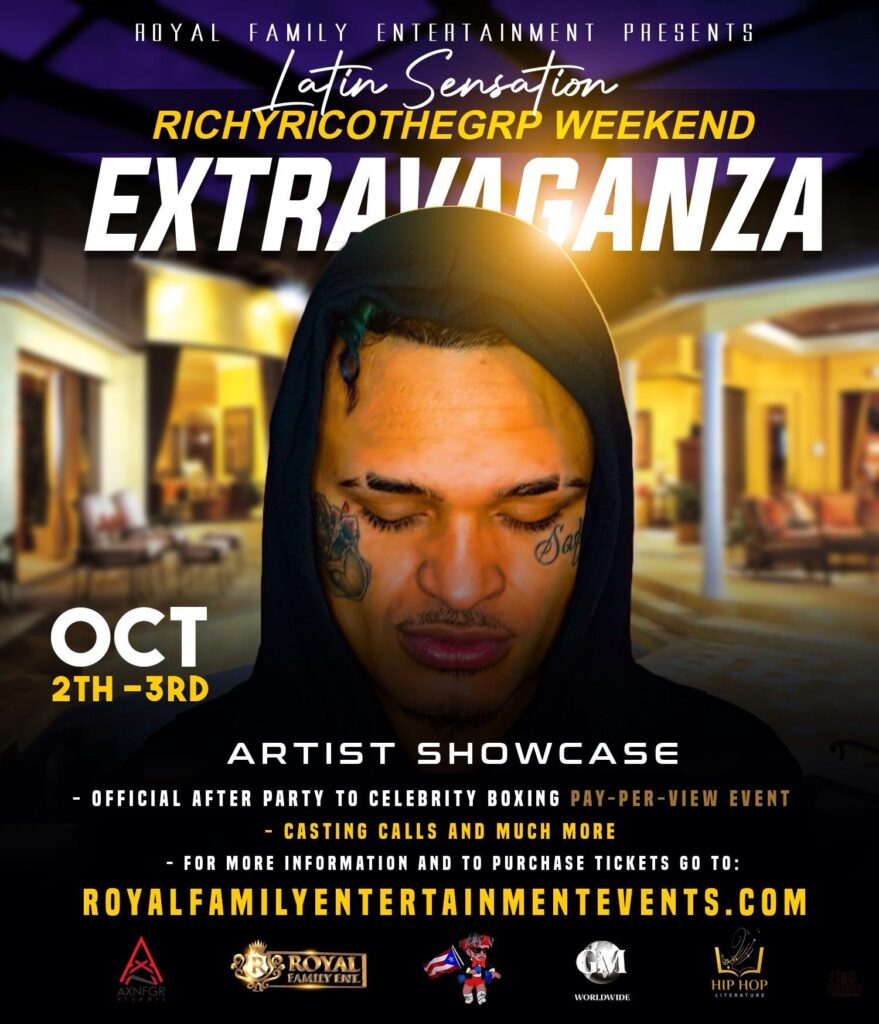