Bay Area bred rapper and songwriter Bakes is an independent artist based in San Diego who has been working in the music industry as a self-contained musician for the past decade. The rapper has always had a “do-it-yourself” approach which has helped him remain a creator with absolute control over his image, vision, and art. Bakes’s career is full of many accomplishments, including being an opening act for A$AP Ferg. His latest project is a 14-song album titled, From the Ground Up. Released at the top of 2021, it details his life experiences through his unique lyrical music style.

Hip Hop Weekly had the pleasure of catching up with Bakes for a brief interview. Check it out below.

HHW: First, we need you to introduce yourself to the readers who may not be familiar. Tell us a little about you.

Bakes: My name is Bakes, born and raised in the Bay Area and moved to San Diego. I mostly describe myself as a lyrical rapper with mainstream appeal. My style is more focused on positive perspectives and manifesting your dreams, as well as self-belief and being purpose-driven.

HHW: When did you first fall in love with music, and how long have you been actively pursuing your dreams of becoming a music artist?

Bakes: As a young kid, I loved music. I even pretended to perform in front of the TV to kid shows. As I grew up, I gravitated mostly to hip-hop, but I’ve always listened to different genres. I started actively pursuing my dreams of being a music artist when I was finishing college. I decided to follow my vision of being a rapper instead of pursuing a long-term career in a field I wasn’t interested in.

HHW: What differentiates you from other artists?

Bakes: I would say my lyrical rap style mixed with my content and substance. As a songwriter, I’m able to share knowledge and beneficial wisdom with people while they’re still jamming to it so it resonates.

HHW: Are there any artists in the present day or before you that musically inspire you? If so, who and why?

Bakes: There are so many artists who’ve inspired me over the years; here are some who I feel don’t get enough recognition: Big Sean, Fabolous, Black Thought, Royce da 5’9, Cyhi the Prynce, Conway the Machine, Jay Rock, Ludacris, Action Bronson. Of course, also Eminem, Nas, Jay Z, and several more.

HHW: What motivates you in and out of the booth?

Bakes: Knowing that I’m doing something bigger than me; my intentions are to inspire people to follow their own dreams and give the blueprint through my music as I learn the steps. I feel like I’m a catalyst for something greater, and being a positive influence is a big priority of mine.

HHW: What are three things about you that would shock the public?

Bakes: Growing up people sometimes thought I was shy because I was quiet, but really, I’m just more observant unless I have something to say. I also don’t like cheese. And I listen to other genres like ambient, afrobeats, lo-fi, and UK rap more than American hip-hop these days.

HHW: What do you feel you contribute to the culture as an artist?

Bakes: I offer a new perspective in hip-hop, and I contribute themes consisting of positive messaging, including real steps in the process of quantum physics and how you can create your own reality.

HHW: How do you balance your career with your home life? Family?

Bakes: Everyone has their own balance. For me, my career takes up most of my time and energy, but that’s what is required to succeed. I make sure I stay healthy, work out, meditate, stay on top of everything, and elevate with a business mindset.

HHW: What’s next for you? What should we be on the lookout for?

Bakes: I have a new EP coming soon, as well as many songs and projects currently in the works so there will be lots of music coming up. I’ve been growing in the modeling scene as well, so look out for more shoots and brand partnerships.

HHW: How can those looking to book you make contact?

Bakes: My website http://yaboybakes.com has a submit form, or you can email me at bakesmusicpublishing@gmail.com, or DM me on Instagram @yaboybakes_.

Mon Jul 5 , 2021
Make sure you remember the name P8N. P8N is an 18 year old singer & songwriter from the Music City of Atlanta, Georgia. He started singing at the age of three and never turned back. He recently wrapped up his first major independent project & is now getting major label […] 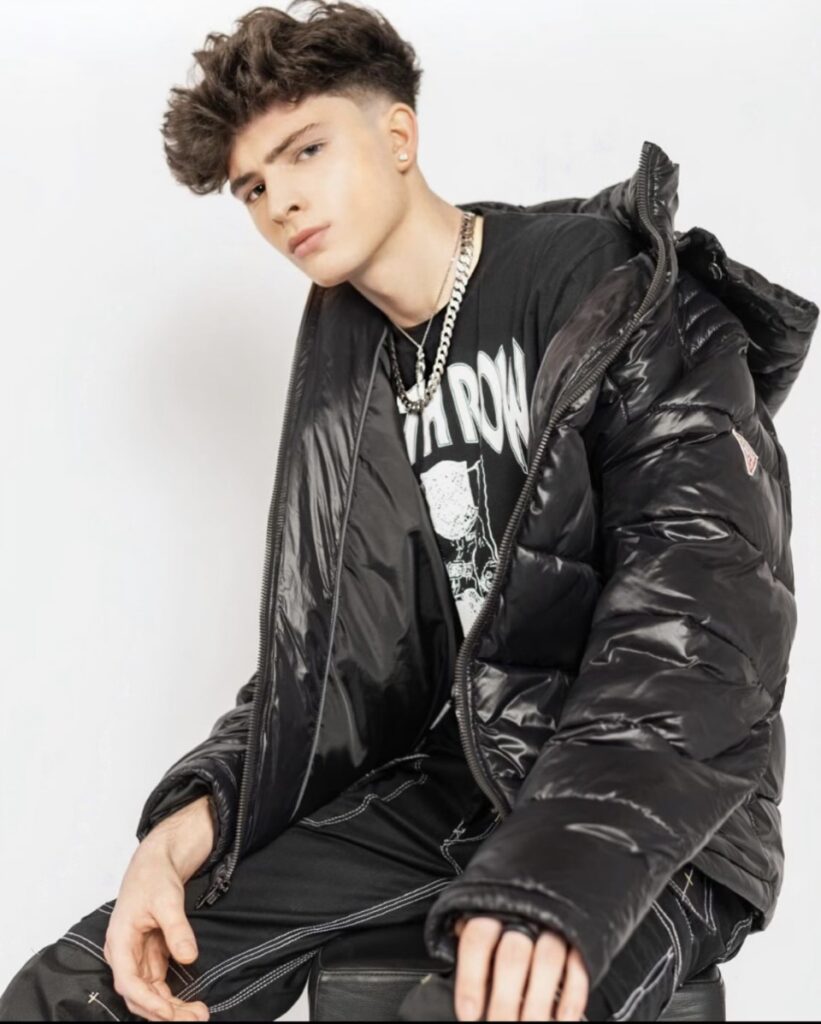