Sure, plenty of artists will squawk about their cred, their crew, and their city, but Maribased1 doesn’t just talk the talk, he walks the walk. 7 music videos spun on BET Jams, tour dates with Blueface, West Coast Hip-Hop Award winner, Seattle Sound Music Award winner, and now a mountain of radio airplay not just in North America, but also across the Atlantic in Africa.

Out in front of this media blitz is the new single “Talk Talk Talk,” (BJ&J Entertainment) which pairs Maribased1 with one of Nigeria’s most celebrated artists, Yung6ix. Over the past decade Yung6ix has carved out a name for himself as one of the most prolific voices in the Nigerian music scene. Much like Maribased1 up in Seattle, Yung6ix is also walking the walk while others just talk the talk.

So goes much of the theme of “Talk Talk Talk” (produced by DJ FunkDaddy). Everybody wants to talk. Talk smack, talk money, talk wins, but most of the time that’s all it really is. Just empty platitudes with nothing to back it up. All of this served as the perfect inspiration for the new music video. With everyone blowing smoke, Maribased1 and Yung6ix decided to just start their own hotline for all of the fakers out to have a place to brag about their “wins” and learn a thing or two from the real ones.

While the lines are ringing and the commissions are rolling in, Maribased1, Yung6ix, and a cadre of their party crew are throwing down with an epic party that can only be pulled off by someone that has the skills to make their dreams reality. The others can talk all they want, but until they are on the level of Maribased1 & Yung6ix, it’s all just “Talk Talk Talk.”

Mon Sep 19 , 2022
Pretty Brayah (@PrettyBrayah) teamed up with Multi-Platinum producer Helluva to drop “What These N**gas Want” for her rapidly growing fan base. The Detroit-bred MC is coming from a regional lyrical battle against a cross-town foe. Although the odds were stacked against her, she used the beef as an opportunity to highlight her talent. With an […] 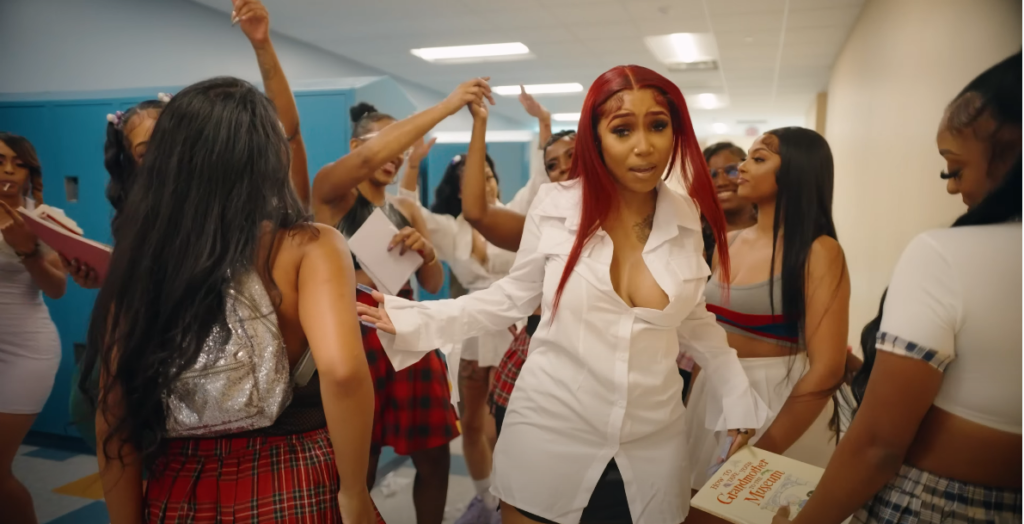