Canadian Rapper Zawles is known for his dedication, his intensity and his commitment to being his happiest most authentic self every day. This is easy to see in his music as he exudes it in everything he seems to do. Most recently, it has shown through in his latest single “Loose Woke,” a track about social justice and the liberation of oppressed people in today’s society.

Zawles began his journey in music at a young age. Growing up, he would create songs and tunes on his grandmother’s organ, something that eventually led him to seek out others in the music

industry, creating a network and building his way up. This allowed him to meet and work with a variety of people as well as learn more about the industry and the music he was creating.

Zawles puts in a targeted effort to be a more conscious and happy person every day, explaining how he does his best to focus on the good, uplift others and be as much of a positive force as he can be on the people around him. “They always call me GMG, Good Mood Gonzales.”

With a unique and captivating sound, Zawles creates tracks that are easy to listen to and even easier to relate to. “I would describe my sound as a harmony of life. There’s good, there’s bad, there’s ugly, there’s pretty and there’s a tune to the whole thing. I used to have just one emotion for a song. If I was angry, there was just anger and aggression on the track, but now I can give you that same angle with a tune to it.”

Growth has always been a big part of Zawles’ career. His most recent EP, “G-Flow Symphony” is a great example and description of his growth as it shows both the hard edge of life on the streets and the refined touch of musical training and practice. “This is a perspective of the side of the streets, because a lot of people never make it. Some of the best ball players never make it to the NBA. That’s kind of what this is.” He also describes his growth through gained experience in writing his music. “I’ve become so much better at writing. I write in my head all the time and I’m always hearing melodies.”

Zawles’ latest track, “Loose Woke,” is an artistic representation of his view of some of the modern issues that we face in today’s hyper-political setting. “The track started as a poem about what is going on in North America, and that is something that also affects us on a global level. Then I heard a beat that matched it and it just became a song.” The poem from which the song is based on describes the work that goes into social liberation and working towards a truer equality among all people. At the end of the song, a poem is added and performed by Oba Dig, a film writer/poet from Long Beach California, creating a beautiful ending to an empowering and well put track.

No matter what is going on, it is Zawles’ goal to entertain people and to be a catalyst for change, growth and happiness among anyone that he or his music can touch.

To check out Zawles’ social media and music, please visit:

Wed Sep 23 , 2020
Rico Tellem an artist from Upstate NY(Niagara Falls). His music career first began at the age of 14 where he and his friends started a popular teen group called D.N.A(Dez NI**AS Amazin)These early beginnings helped mold Rico into the artist he is today. As a teen he fell in love […] 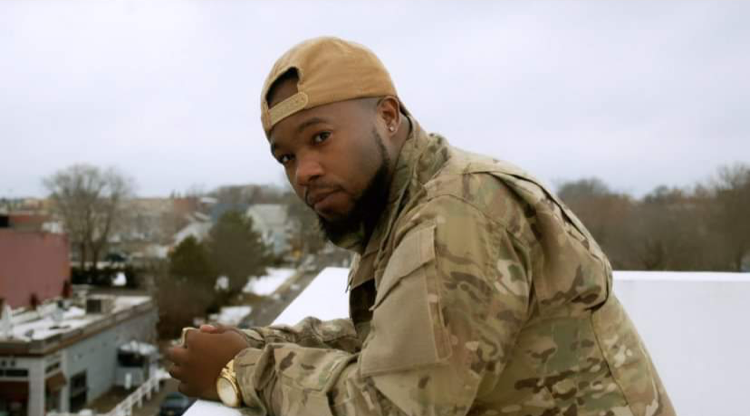