Her music has a soul and R&B sound that often attracts comparison to legendary names such as Etta James, Billie Holiday, Sade, and Alina Baraz. She has written two very moody EP’s about failed love and the incredible hardship she is faced with after the loss of her father.

Using music as a release- she has always dove deep to express and put on display what many choose to hide.

Her mother and father split when she was only 2 years old and both struggled with addiction her entire life.

Feeling like she had to grow up way too soon, she began to express herself with song. Using music as a way to heal, and to process her feelings Mandi has always turned to songwriting.

An outgoing, and incredibly driven kid- her presence on the stage was known very early on during her time in high school choir. From the moment that she could remember her family gave her a karaoke box and encouraged her to show her talents singing and dancing and put on performances for the entire family. Mimicking her favorite artists- Lauryn Hill, Amy Whinehouse, Gwen Stefani, and more; a young Mandi Rose began to dream about writing her own songs. When her father passed she used music as a way to get through the incredibly difficult loss. An incredible coping mechanism- she couldn’t speak on the pain she was feeling but she could write and sing about it . A daydreamer and an optimist she loves to perform and record in the studio.

Her first project was a Mixtape released only on SoundCloud entitled “The Introduction.” back in 2015 just a year after the loss of her father.

Mandi Rose is a hard worker, a hustler, and a huge help to anyone she surrounds. She holds a BA in Business Marketing from MSMU in Los Angeles, and a Masters Degree in Music Industry Administration from CSUN in 2020. A Music industry professional Mandi began working for the Top 5 Radio Stations in LA in hopes of meeting the right people and getting in the right rooms of opportunity.

When she released “Bout To Ride” Mandi entered and won a competition to be the opening act of The Real Show 2017, where she performed at The Inglewood Forum for 17,000 people. She opened for artists like J Cole, Cardi B, G-Eazy, Jessie Reyez, Yo Gotti, and more!  An incredible experience and addition to her musical resume – Mandi felt inspired to continue to develop herself as an artist.

Fast forward to today- Mandi currently lives in Beverly Hills, California. She is a full-time digital entrepreneur and an incredibly well respected investor and mentor to hundreds of people around the world. She has built a home studio and is working currently on another album which will be released this year.

Singer, Songwriter, Investor, Entrepreneur, Dreamer- this girl does it all.

And she’s just getting started.

Mon May 9 , 2022
Carolina artist Cameron Giggetts known as CamoGlizzy drops hit single “I Want“ from his upcoming project. Camo Glizzy just recently got 1 million streams on all platforms and says he plan on dropping music sooner then later. CamoGlizzy collaborated with artists such as Xanman , Maksauce , Big Scarr & […] 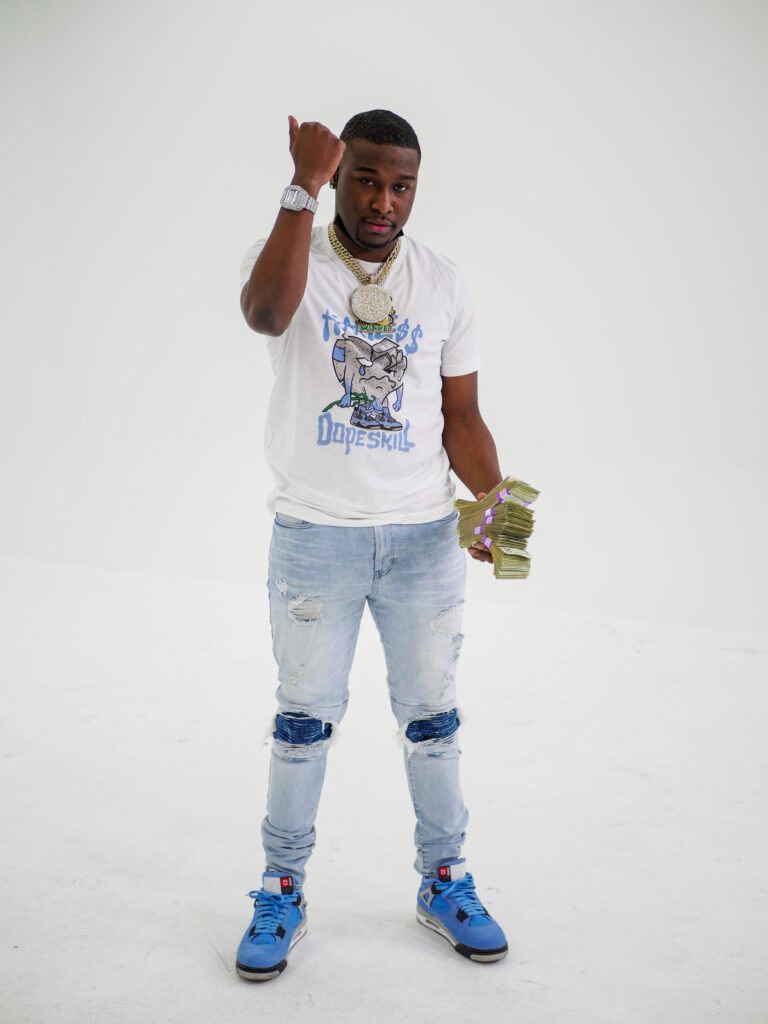