Introduce yourself to our readers, let them know your name and where you’re from
My name is KLEVER im from a rap group called BROWNSIDE well known in the latino community. I was born and raised in Los Angeles.

Why did you start to do music?
My big brother TOKER was the founder also main rapper from the group at the time when he started this gangster rap group, I was to young just a boy to be part of the bside and rap. As time went by I became a knuckle headed teen, Toker noticed and knew I was going down the same footsteps as his. He use to ask me to get in this rap game with him fearing i would lose my
life or end up doing hard time in jail because i was up to no good. I use to answer him in a clowning/joking way “hell nah I ain’t no damn rapper”. Then he got locked up and went away for awhile, when he got out he asked me again if he would to get this music thang cracking again would I be down to join the BROWNSIDE and help him get it popping. I was still hesitant, he saw this so he was like “man F this your in mfk” so now I had no choice lol. I never rapped a damn thing in my life till the day I went to the studio to rap the chorus to “till the casket drops”. We then dropped a video and released it on YouTube and had over a million views. My instagram @brownsiderklever started popping big time. This is how I got in this music game.

When did you know that it was actually going to be your career?
From that day we made that rap song and dropped the video, everywhere I went people started recognizing me and wanted to take pictures with me. This is how I decided to make this rap thing my career.

If you could get advice from any producer in the industry, who would it be and why? If i had a choice on getting advice from a music producer i think i would choose Dr DRE. He can relate to the life style I live due to we are pretty much from the same area plus he knows whats up with them 90’s style beats that I am into.

What or who influences your music?
I feel like i need to tell my life story through this music and since we are on this topic although I rap vivid pictures of my gangbanging ways. I hope to influence my young music fans not to follow my footsteps. Instead to learn from how this life ruined mine in a lot of ways. There’s too much young talent gone to waste in prisons or dead. Nowadays all these new rappers be
rapping about how they shoot anyone at anytime when they not really about that life, but there a lot of real little killers out there listening to their rap songs and go out and kill a mfk and boom that’s life in prison for that kid. Young life is taken and another gonna sit and rot in jail. It took me too damn long to realize life is beautiful and very short.

Has anyone helped you or guided you in getting your foot in the industry?
If it wasn’t for my big brother TOKER getting my foot into this industry, I definitely would not have this platform no questions asked.

How many albums did you release?
I have only one album together with my brother TOKER called “ BANGN STORYZ ” Since then I been dropping a few singles but am now working on my SOLO album also a new BROWNSIDE album with WICKED a member from our group.

What differentiates you from other producers?
The difference between me and a lot of rappers out there is that i keep it 100% on everything I rap. These cats out there writing lyrics that just because it sounds dope af or sounds gangster af they will write it and rap it but never done any of it. All lies I don’t understand it. Now I know why 2PAC used to say support the real not the fake.

How can artist looking foe a feature get in contact with you?
For any business or whatever anyone can get at me at brownsiderklever@gmail.com

What do you hope to get out of your involvement in the music industry?
Man listen if i was to blow up and get rich off of this rap industry, ALL GOOD AND GRAVY. Even if I don’t I feel like as much as i been through in this life of being A GANGSTER all the bad things the loss of mostly everyone in my family or good friends. I hope that in some way I can help or prevent this from happening to someone else through my involvement in this music
industry

Mon Apr 27 , 2020
Interview By Doris “Punkin” Green HHW: Tell our readers who Ether Da Connect. Ether: Ether Da Connect is the connection between the world and our style of music. I am the one bringing the team together and getting the party started.  HHW: I understand your mom is a rapper also. […] 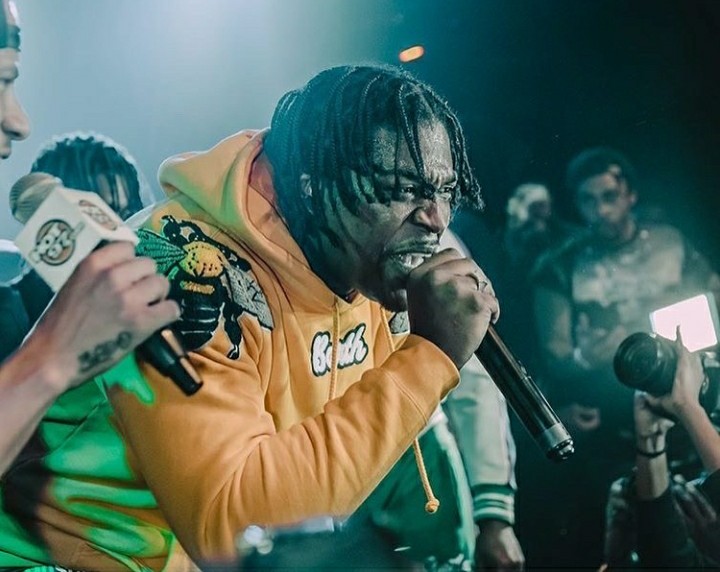