True to his name, Khalmplex is known for his intricate and deeply thought out lyrics and tracks. Complex is truly the best way to describe it, and the detail and care put into his tracks are absolutely amazing as can be seen in his latest release, a single called “Frank White.”

Khalmplex has always been passionate about Hip Hop. He began as a fan that started making his own music and everything just fell into place from there. Soon he found his niche and his name which stemmed from the complexity of his lyrics. “They always used to tell me that my rhymes were a little too complicated for the average listener, that I need to dumb it down and then when I tried to dumb it down, it still had to have some meaning and have a little depth to it. That’s where I came up with the name Khalmplex because it’s true to the heart.”

Influenced by a collection of different people and experiences, Khalmplex draws from artists such as Tupac, Scarface, UGK, Dipset and Master P as influences on his artistic style and career. He describes himself as a student of Hip Hop and looks to study all artists and trends in the genre.

Khalmplex’s music is defined as having an East Coast flavor, but his sound has no true ties. “It’s definitely got an East Coast flavor to it but we don’t really see any boundaries, we kind of just like the sound. Whatever sounds good, and we’re always trying something new and pushing the limits.” Along with this, he is consistently working on new music. “A lot of times the songs kind of put themselves together. I’ll just run with a beat and work with the producer, get a little bit of input on what they were thinking and how they were feeling when they made it and I just kind of go from there. I let the track just take itself where it’s going to go.”

“Frank White,” Khalmplex’s latest single, is a song about making the most out of what you are given. “It’s just about grabbing the torch because the circumstances aren’t always favorable. That’s what it’s all about, just picking up and moving on with what you’ve got and making the best out of a situation. It’s about you kind of turning yourself into a boss from the one that used to be the worker.”

Some things to look out for in the coming months would be Khalmplex’s latest music video for a track called “No Investors.” This will of course be followed by more tracks and videos of which concepts have yet to be released. Listeners are urged to be on their toes for his next big moves.

“We’re really passionate about the music that we make. We try not to waste anybody’s time. We appreciate every click, view, and stream. We take this really seriously and we always try to give you some good content. Even if it isn’t all for you, we’ve definitely got something for everybody within our catalogue and we’re just going to keep spreading our wings.”

You can find Khalmplex’s music and social media accounts below.

Wed Oct 7 , 2020
Straight outta New York City Freaky Kah and Loww are putting out an anthem. This remake of Black Rob’s classic “Whoa” has people shaking and breaking all over again!. Ryan Vital of Goon Toon Muzic has laced this track to burn up the turntables in all the clubs.  Black Rob […] 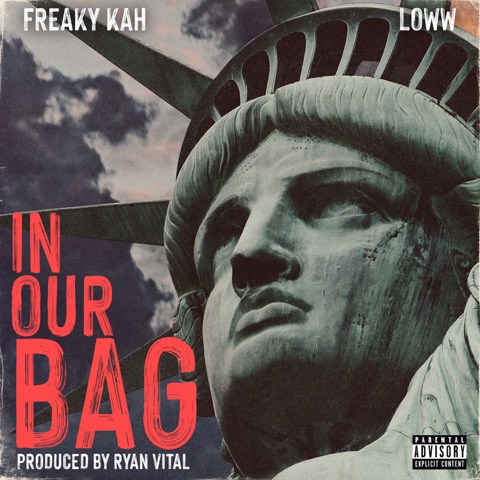