When opportunity doesn’t knock, you simply create your own. This served as the only way for South Florida duo, Matt Zingler and Tariq Cherif. Together, the two founded what is now known as the largest Hip-Hop festival in the world. Some of the biggest names making history have graced the Rolling Loud stage and Hip Hop Weekly was gifted with the opportunity to pick Owner/Co-founder Tariq Cherif’s brain.

As one would imagine, the two have extremely busy schedules and at times it pulls them both in opposite directions, so as we waited for Matt to wrap up a meeting, Tariq dropped some knowledge on us.

Kash Jones: Well first, can you tell me a little about yourselves and your professional backgrounds?

Tariq: My professional background.. Well my partner Matt and I started booking artists for concerts October 2010 at a time when the up-in-coming in Rap was like Currency, Mac Miller Wiz Khalifa, Big Sean, Wale, Kid Cudi and all that good stuff, Kendrick. So nobody was really booking those guys in Florida, so we started doing that. We saw a void and we just kept at it and built our business into a point we could start building a festival or at least try to. We did the first one in 2015 and never looked back.

Kash Jones: So how did the two of you come together and form this brilliant idea for the Rolling Loud Festival?

Tariq: Um yea we just there was not a hip hop festival out. There used to be a hip hop festival called rock the bells but that really spoke to a different era of hip hop and in this new era there wasn’t a festival that was speaking to it, but there was a promoter that was speaking to it and that was us. In Florida we were booking all the artists that made up the Rolling Loud lineup we just had never put them all in one show, and we saw like other genres like GDM has ultra music festival and etc carnival and all these cdm festivals, but nothing for hip hop, so we saw the void and we already had the connections with the artists, from booking them in the past, and we wanted the scale of our business to do bigger shows but we couldn’t get the arenas because they were owned by corporations like Live Nation, so it was kind of out of necessity also.

Kash Jones: Ok makes sense, so you guys just kind of just made it happen. I hear you mentioning Florida a lot. Is that where you’re from?

Tariq: I grew up for the most part of my life in South Florida; Ft. Lauderdale, Hollywood area, but I was born in D.C. and Matt was born in Jackson Memorial Hospital so he was born and raised in Miami.

Kash Jones: How do you guys select the talent for each event?

Tariq: We try to be an accurate depiction of the current hip hop landscape and culture. So That’s like the rule of thumb, so we try to book everybody who fits that bill, but we’re looking for people whose music is moving that hits the vibe. We do different vibes. We don’t just book turn up stuff. Whoever is on beat for the current time. We make it a priority to book the local heroes. At least a good amount of local artists in each market we go to. It’s very important to have those local artists; haven’t even toured yet or just starting to tour. That’s important for us to give those artists a platform. They’re the legs of our lineup that our headliners stand on.

Kash Jones: What about Indie artists?

Tariq: Well the way we go about selecting indie artists varies. Sometimes it’s me or Matt or Kelvin or someone on our team will kind of just stumble across an artist on social media. Just seeing one of their clips moving around or a lot of fans will ask us to book someone and we’ll get to it. But for the most part we’re usually on beat with the new artists that are coming out cause we look for that all day.. watch them and see what type of engagement they’re getting and make sure we’re not crazy and other ppl like them too. Numbers do play a factor. Also the right person telling us to book somebody will go a long way; like if a certain manager picks up a client and they’re like “hey we’re gonna go all the way with this one” and you’ve seen them go all the way with another client. So you automatically know ok this manager is probably telling the truth. I’ll take a bet on this, and other than that it’s just if we like it or a lot of other people like it and it’s a verifiable fan base then it’s a push.

Kash Jones: Currently, the festival comes to Miami and California. Do you plan on adding any additional cities in future?

Kash Jones: Did you ever imagine Rolling Loud would become as explosive of an event as it is today?

Tariq: You know I’ve never been in this position before, so I couldn’t imagine what it is, what it could be and what it became or even what it’s going to get to, but We were confident in what we were building. We were always confident and we knew and we’ve always known what we wanted to grow to, but everything that comes with that and the growth that we’ve actually achieved, no I never imagined that.

Tue Jun 11 , 2019
Tanya Nolan is a R&B/Pop sing sensation that is really making some serious moves in and around the entertainment industry. She sings like no other, which puts her in the conversation of top artist on the scene within the music industry right now. Even celebrity gossip blogger Perez Hilton is […] 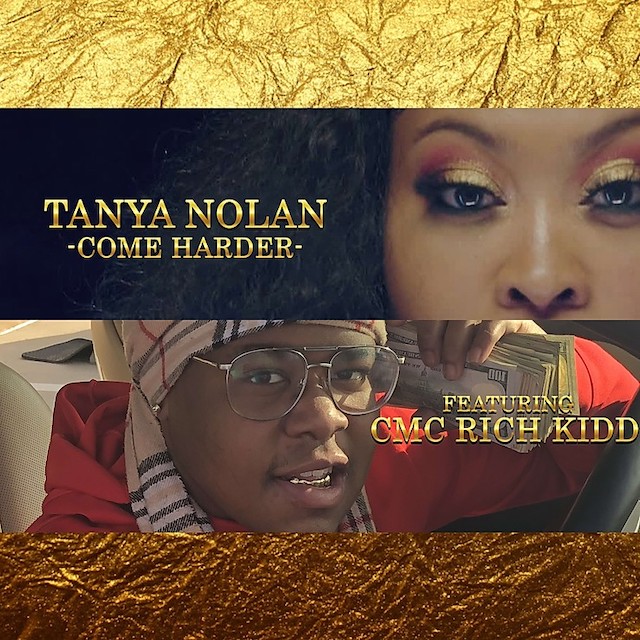