Sadly, what most of us already suspected, it has been officially been determined that 21-year-old Chicago rapper Juice Wrld passed away from an overdose of oxycodone and codeine, the Cook County medical examiner’s office said Wednesday.

The rapper did not shy away from his struggles with percocet addiction, speaking candidly about it in much of his music, rapping “When I’m on that molly, I feel savage” on the hook of his hit single “Bandit” featuring NBA Youngboy.

Juice Wrld, whose real name was Jarad A. Higgins, died December 8th after he suffered a seizure and went into cardiac arrest inside Chicago’s Midway Airport as police and federal agents searched his luggage for guns and drugs after being tipped off that he and his entourage had these items on the private jet that was carrying them.

According to sources close to the case, authorities discovered approximately 41 vacuum-sealed bags of marijuana, six bottles of prescription codeine cough syrup, two 9 mm pistols, a .40-caliber pistol, a high-capacity ammunition magazine and metal-piercing bullets. Two of Juice Wrld’s security were subsequently charged with misdemeanor offenses in connection to the guns.

His family released a statement on Wednesday to the rappers Instagram account, thanking fans and promising posthumous music to be released.

“You guys meant the entire world to Juice and by listening to his music, watching his videos and sharing your stories about him, you are keeping his memory alive forever.” They continued, “We plan to honor Juice’s talents, his spirit, and the love he felt for his fans by sharing unreleased music and other projects that he was passionately in the process of developing.”

May he continue to rest in peace.

A message from Juice’s family and friends. Please head to @gradea for all forthcoming information regarding Juice WRLD. #lljw?

Thu Jan 23 , 2020
Roddy Ricch has debuted his visual for “Boom Boom Room” from his album “Please Excuse Me for Being Antisocial,” which currently sits impressively at number 2 on the Billboard 200. Ricch is gearing up to make his Grammy stage debut this Sunday, performing alongside YG, Meek Mill and more for […] 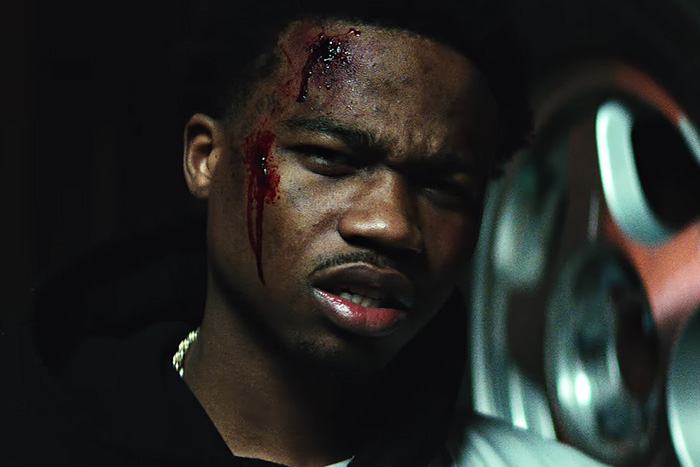