Insomniak973, was born Rodney Alexandre in Newark, NJ with very humble beginnings to Haitian immigrant parents. Young Rodney fell in love with rap at 8 years old. Insomniak would begin recording music as a child and even release a few cd’s that he would sell to family and classmates.  By 15, he had completely lost interest in school and began chasing fast money. Even Though he was a decent student, he would eventually drop out after only finishing up to 8th grade.  Around the same time Rodney’s life would hit a new low and resulted in him being homeless for about 6 months. Insomniak would pull himself out of that state of life and would eventually get his G.E.D. when his best friend tragically died to gun violence.   Insomniak would work many different jobs and continue with his side hustles all while saving his money until he had enough to open his own business. He decided to look overseas. After traveling to the Dominican Republic for vacations he decided to move there permanently to begin his business. He lived in the D.R. for 6 months building a pizzeria and living the tropical lifestyle.  Since then Insomniak has returned back to his native jersey soil to share his roller coaster of a life in every song. Insomniak makes relatable music with a wide range of styles, flows, and melodies. Follow Insomniak973 on all social platforms and music streaming services.

Fri Jul 24 , 2020
Young M.A is back with a new video to “Angels Vs Demons” off her latest project “Red Flu,” that was released in late May.  Directed by Marc Diamond, Brooklyn emcee says she’s feeling like the old her and hungrier than ever before in her new video .  “I’m back to […] 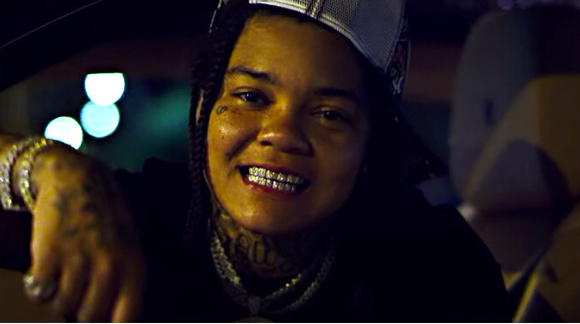