With many admirers to date, it looks like they may have gotten their wish. The multi-faceted LaLa and all of her beauty are back on the market. After 11 years of marriage and 16 years together, LaLa has reportedly filed for divorce from NBA star, Carmelo Anthony.

According to multiple sources, divorce docs were filed today in New York, citing irreconcilable differences. Sources close to couple report the divorce is amicable; stating the two want the transition to be as smooth as possible for their 14 year old son, Kiyan, whom is their top priority. This news coming just days after Kiyan‘s middle school graduation.

“Super proud of my baby boy @kiyananthony for officially graduating from middle school. Through all the ups and downs of the world…he stayed focused & HE DID IT!!,” stated LaLa in a recent Instagram post.

Though Kiyan may be headed to high school with newly divorced parents, the couple vows to remain friends and amazing parents to their most prized possession.

Lately, LaLa has been no stranger to headlines, gracing the cover of Schon Magazine, joining Season 2 of Hulu‘s Wu Tang: An American Saga as recurring and announcing she will be executive producing Cyntoia Brown‘s limited series alongside 50 Cent. It’s going to be a Hot Girl Summer for Miss LaLa, and we’re here for all her happiness and continued success. 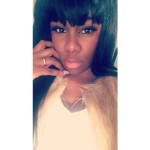