Based in Kuwait, rising hip hop artist Traphique has been on a mission to make a difference through his music. The artist prides himself on being fully transparent, not willing to hold anything back. This allows him to reach his audience on a deeper level.

Growing up listening to a wide variety of music, there hasn’t been just one stand alone person who has influenced Traphique’s sound. “I get a lot of inspiration from artists for different reasons. From Kanye West to Kendrick, The Weeknd, Russ, and Eminem….I could sit here all day naming the people who inspire me musically,” explained the creative.

Traphique started writing music as early as 9 years old but didn’t start recording himself until he was 15. Making the most of what he had, the artist recorded on a friend’s computer, using GarageBand as his main tool.

Fast forward years later, and Traphique is still on the same mission to impact others through his music. His latest release ‘Kodak Black’ is a collaboration with Setbeatz and Purple Kidd.

You can listen to Traphique on Spotify here:

Upcoming Artist "Geo Galileo" Is Stepping Into The Scene

Thu Aug 4 , 2022
Geo Galileo is an upcoming musician from New York eager to make his name known. Geo Galileo is the leader of DoubleH aka Headhonchos, a ring of great artistry. Geo Galileo began music in 2016 and has been dedicated to his craft ever since. Geo Galileo has worked with artists […] 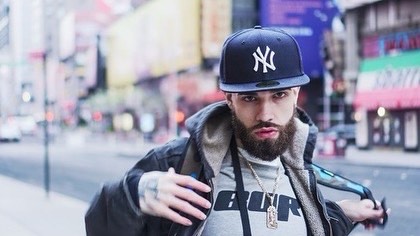