Just over a year ago, Buggzy Hoffa introduced the world to Black Diamond Mafia and debuted their first collaboration single “Superfly” with BDM artist Jai Ho the Golden Child. The hit took the airwaves by storm when introduced by Dj Clue during his segment on NYC Power 105.1fm and since then, every single birthed by the dynamic group has dominated the airwaves and charts. ‘Fire Hose that’ hit 1 million views on YouTube, charted Top 50 iTunes Hip Hop Singles and Digital Radio Tracker Top 10.. The groups most recent collaboration Head Bussa trended at 39 in the Top 50 Hip Hop R&B Spins in October 2020 and currently holds the ___ on the ___ charts. The success attained by Hoffa and his crew in just one year landed them a deal with Eric B Music Group and Sony Music.

Buggzy, you have accomplished a lot for yourself and your label Black Diamond Mafia. Tell us about your journey this past year, your growth as entrepreneur and artist?
Its been a real busy year , possibly the hardest Ive experienced. With Covid being a major factor being an artist and a businessman lots of planned ventures just wasnt feasible. I don’t think anyone was really prepared for something like this. As an Artist a strong point in growing is being seen and accessible.  Especially as new upstarts. We took a big lost with SXSW getting shut down which was scheduled for a major debut for the team. Fire Hose was rocking on the charts and we really couldn’t do much to tie in that hype train with the uncertainty of everything going on. Growth is a big word here. Objectively myself and the Team had to sit back and change strategies completely on the fly in order to adjust to this new climate.

Landing a deal with Orchid/Sony music in under a year is a phenomenal accomplishment – how did you do achieve this?
Numbers , I was flattered to know the Legend Eric B, was keeping an eye on my teams movements. Despite  this entire pandemic we stayed consistent constantly working under mass pressure and creating content. I had a few feelers hit me up about some deals but nothing substantially fit the mold for the Black Diamond Mafia.Importantly I wanted to have the option of putting my team on. I really Clicked with the Team over At Eric B music group , with a few conversations we catered a Distribution Deal partnership and off to the races we are now.

Do you feel like it is difficult juggling a new successful music year and your entrepreneurship and acting career?What do you do to juggle it all?
Honestly no, I’m actually happy to get as much work as possible. The current climate is personally the best time as an entrepreneur. As you really have no choice but to grind and harness your wits to find sustainability. I’m fortunate that the artistry, acting and business are cohesive.

You recently debuted your solo single “Pray on” this month, which is receiving great feedback. Are you stirring towards more a solo lane or are we going to get more collaborative tracks?
Pray on is definitely making some headway. Technically my first solo debut and different in nature of the prior releases. I’m humbled by the responses for Pray on. I initially recorded Pray on back in April sat on it. Things were really rough with the riots and political climate. I was under lots of strategic pressure on when how I was ever going to release Pray On. I Knew personally after the election was when It was best. A sort of highlighting of everything that’s been happening. Musically I do what best fits I’m working on a solo project , as of course my entire team are as well. We have lots of songs recorded  Jai Ho got some heat coming, CaNn CaNn, Trill Cosby & Mr Tony Blu all got some things cooking.

Black Diamond Mafia has been quite consistent on giving their fan base single after single. How do you decipher what project is best to put out next?
Focus, one thing I learned is we have to have a vocal point which makes releases easily digestible for the listener. We went from SuperFly to Fire Hose, Money to Head Bussa to Pray On.  The objective was to introduce ourselves now that we have a track record. The team can really just drop what they want. We have a buddy system in place. Where we discuss which tracks are next on the horizon as we have lots of tracks recorded. Main importance is having the correct budget to sustain each release.

Can you give us the scoop on what you and/or the crew have cooking up next?
I recently shot another video for another solo release out in LA coming soon. I also got a nice little heater with Lougotcash in the stash. The label highly favors a record with Myself and CaNn CaNn at the moment. Jai Ho has literally albums of work scattered about. Trill Cosby rocking out on Bigo. Mr Tony Blu been revising hookz for us all month. Yeah we have  something coming up.

With Friday the 13th just passing, your fans reminisce on your Friday the 13th Vengeance movie and video game. Can we expect any new horror films in the horizon?
Friday the 13th is like a lil Holiday for me now. I recently filmed a cameo in a film called “His Name Was Jason” directed by Dave Brown. It was cool to film out in Blairstown the original location of the first Friday 13th film. I’m a horror film buff so definitely keep an eye out as I’m checking out lots of script of the horror genre.

Are you staying in the horror genre or are you interested in expanding and trying new film categories?
Funny you ask, I’m actually penning a romantic comedy. So I plan to branch out as much as I can to experience different types of mediums. While Horror is my first love , comedy seems to really knock on my door.

It is safe to say 2020 has been a complicated year and especially for the entertainment industry. How did 2020 and the covid pandemic affect you?
2020 has really been lame. Lost a lot of friends in the game. Really heart breaking stuff lots of violence in 2020 its a struggle year for sure. If not for keeping the team in a high moral this ship could sunk at anytime. Without going into heavy detail the team collectively had its fair share of personal loses.

With the second wave on its way, what advice would you give other artists and entrepreneurs to not only survive but strive during the unprecedented times?
As for this second wave, I say stay consistent. This is the best time once again to grind out. One benefit of this all is having time given back. We often complain about not having the time to complete goals. Now you have it no excuses.

Congratulations on all your success! We are excited to see what you have in store in 2021.

One thought on “[HHW Interview] Buggzy Hoffa Talks His New Eric B Music & Sony Deal, Topping International Charts and How Artists Can Thrive Through A Pandemic!”

Klay Thompson Suffers Achilles Tear, Out For The Season

Thu Nov 19 , 2020
Prayers up for Klay Thompson the star guard for the Golden State Warriors. He suffered his second season ending injury, after an Achilles tear.. According to ESPN based on the type of tear he’s expected to make a full recovery. About Author HHW Staff See author's posts 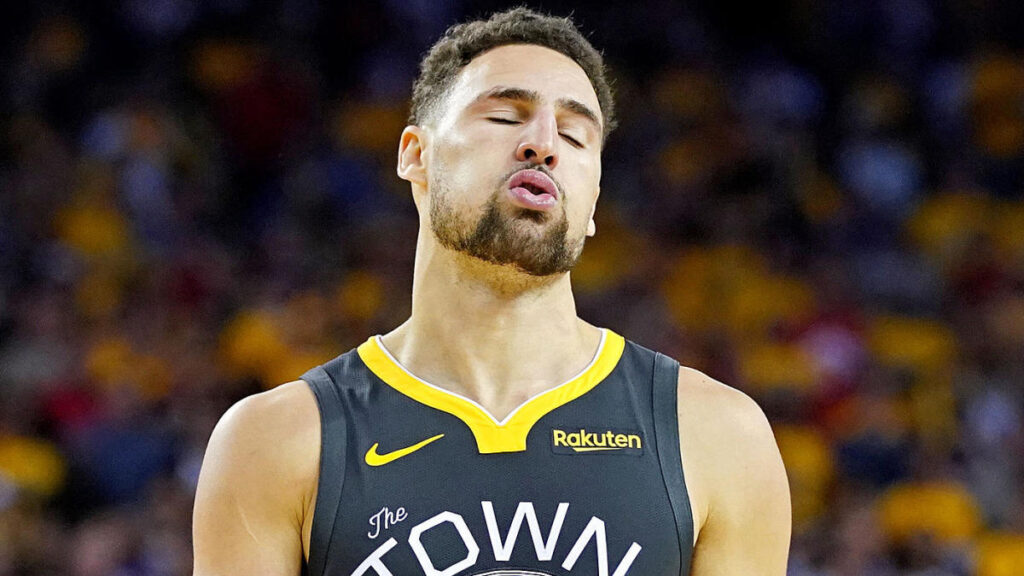