Ganksta C, formerly known as Ganksta C, wrote his first Rap in 1987. Now almost 35 years later, he is still creating incredible tracks and perfecting his craft. Most recently this amazing rapper has released his new single “For Ma Family”, a freestyled track that he has taken the time to get exactly how he wants it.

Ganksta C’s artistic style comes from his past experiences and his life, growing up on the streets of San Francisco. From that humble beginning, he has worked his way up into the hall of Hip Hop fame, having performed with artists ranging from Spice-1 to UGK to Scarface of the Geto Boys. His dedication to the craft has helped him to get where he is and now he is back in the studio releasing tracks like “For Ma Family”.

This new freestyle track is an amazing showcase of what Ganksta C can really do in a recording studio. His lyrics are spot on and simply entertaining to listen to. The song has a high energy beat that is only amplified by Ganksta C’s classic rap style. The track is tied together with police sirens scattered strategically throughout the song.

Though his new track shows undoubtable growth from Ganksta C’s first rap in 87, there remains an air of true Hip Hop throughout his career. He showcases a strong style that refuses to fall to the Pop-glazed trends of the 2020’s and there is no argument that it pays off with total accuracy. You can truly tell that Ganksta C is a rapper who knows what he’s doing and to miss out on a song like “For Ma Family” is a sin in itself.

Ganksta C has an incredible style and inarguable skill. This artist is truly someone to look out for in the future, just as much as he’s a historical figure of the genre. “I can put the street life into a rhyme. It is all about who’s got it.” On top of his performing abilities, Ganksta C also has impressive abilities as a producer.

Another exciting note about Ganksta C is that he is planning to put out another project in the coming future. Currently he is looking into a new album where he will explore songs in different styles, while still staying true to who he is as an artist. If the project is anywhere near as skillful and strategic as “For Ma Family”, then it is a must listen.

Be sure to check out “For Ma Family” and the rest of Ganksta C’s discography on all major streaming platforms. Also be sure to keep up with him on social media to keep up with all of the exciting releases and projects that Ganksta C has to offer. Links to all of these things can be found listed below.

Sat Sep 25 , 2021
There’s something for everyone on the newest release from New York rapper R Dollas. “I go a little bit of everywhere with it,” he says. “I take you to the club, I take you to the streets, I get a little personal. It’s really showcasing my talent and letting people […] 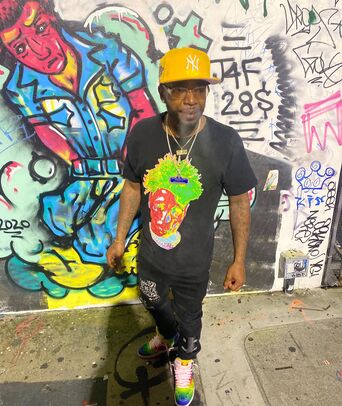