When Grammy Award winning artist Future isn’t battling controversy in the tabloids, he’s also giving back to his community through his FreeWishes Foundation; which is co-founded by Future’s mother, Stephanie Jester and his sister Tia Wilburn-Anderson.

Earlier this year, the foundation presented students with college scholarships during each stop of his Legendary Nights Tour. More recently, the Freewishes foundation curated one of the largest health and fitness events in Georgia for senior citizens, The FreeWishes Senior Fitness Day. The event served over 700 seniors from Metro Atlanta for a day of health and wellness.

In a continued effort to celebrate the gatekeepers of his community, Future and his foundation will hold the 8th Annual Golden Wishes Gala on Nov 16th, 2019. The gala celebrates seniors and their impactful lifelong contributions to the community by offering a fine dining experience, dancing with a live band and DJ, and access to active leaders and influencers from Atlanta. According to The Source, the almost 10-year-old event has grown from 45 guests at the YMCA to over 750 attendee at Georgia’s Aquarium.

Much respect to Future and the Freewishes Foundation for showing love to the community and it’s people!

Mon Oct 28 , 2019
It looks as though Trick Daddy and Trina have reunited for more than those ‘Love & Hip Hop: Miami’ checks. According to The Jasmine Brand, the legendary South Florida pair are replacing the Rickey Smiley Morning Show and will be will be joining Miami’s 99 JAMZ/WEDR. Sources say the radio show which is set […] 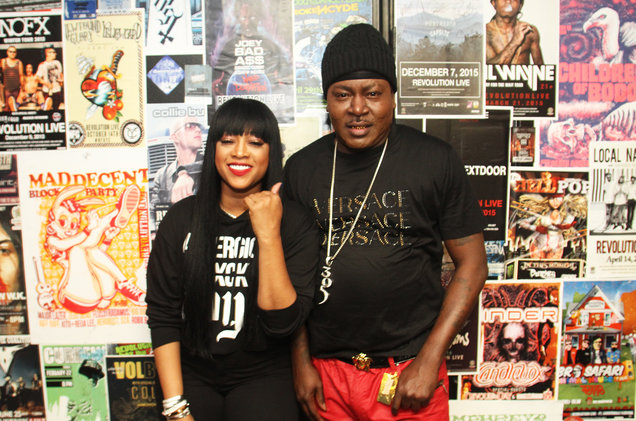