Boasts about unbreakability aren’t too unusual in hip-hop. Every rapper wants her listeners to recognize her strength and tenacity. Yet few young artists have demonstrated resilience and flexibility more clearly than Flau’jae. The Savannah-born, Louisiana-based vocalist has already excelled in two ferociously competitive arenas: music and hoops. She’s made waves with her electrifying brand of hip-hop, rapping with fluidity and precision rare for performers of any age. When she puts on the LSU uniform and takes her position as a guard, she’s proven herself equally fearsome.

This is a tale that Flau’jae’s many followers know well. Those who watched her on the reality talent show The Rap Game are well aware of her searing vocals, her competitive spirit, and her relationship with her champions and supporters at the legendary hip-hop label Roc Nation. Viewers who encountered Flau’jae on the TOGETHXR television program FENOM — a series designed around her compelling personal story — are familiar with the challenges she’s needed to overcome, including her rigorous training and the emotional fallout from the unsolved murder of her father, rapper Camouflage.

And if you’re one of those who don’t know, prepare to be electrified. Flau’jae is a supremely gifted vocalist with magnificent articulation, creativity, and an unerring way with a musical hook. On “I Can’t Break,” she draws equally from the immediate, propulsive Dirty South sound that is her birthright and the smooth, piano-driven, melodic post-Drake sound so prevalent on commercial playlists. She’s carrying on her father’s traditions and reaching for the stars at the same time. She also flexes her storytelling muscles, laying out her personal predicament in language that’s searing, direct, and instantly engaging. So if you’re still asking whether she’s destined to be a star on the court or in the vocal booth, the answer is yes: both.

She’s also a natural in front of the camera. In the “I Can’t Break” clip, Flau’jae takes plenty of punishment: she’s battered by circumstances and pushed to the edge by a relationship gone wrong. The burning car in her front yard and the somber bedroom scene inside her house testify to a volcanic rupture — but she shows us signs of the good times, too, and lets us see the scope of what she’s lost. Flau’jae is naturally charismatic, but she’s a master of facial expression, too, saying volumes with each smile, sneer, and fierce, jaw-set look of pride. On the microphone or between the lines, go against her at your own risk.

How do you balance your life as a rising musician and a basketball star?
Flau’jae: I just need to have a good mental space and stay on my same schedule. Being disciplined in my schedule and taking care of my business will keep me on the right track. Everything that I want to do will happen because I’m a hard worker, so I just have to keep working hard to stay on my path, have a tunnel vision. I can’t let anything get in my way.

What drew you to pursue music and rap specifically?
Flau’jae: My dad being an artist was definitely the first major influence for me to start making music. But as I got older, I just fell in love with the process of becoming an artist and making music. It makes me feel alive.

How would you describe your sound? What do you think makes it unique to the music scene?
Flau’jae: I would describe my sound as a rapping/singing motivational vibe. Really a versatile artist. I hate to box myself in and say I’m just a rapper because I can do other things. But my passionate and motivational lyrics are the cream of the crop, right now for me that makes my sound unique.

What are some major lessons you have learned through your music career?
Flau’jae: I learned that a No is a not right now. Sometimes you might not get what you want when you want it. Everything happens at the right time.

What is the message behind “I Can’t Break”? What inspired you to write this song?
Flau’jae: The message is basically about going through it with someone you love and being in life situations that can cause you to break. But you just won’t, you can’t give up, you can’t break.

What was it like shooting the music video for “I Can’t Break”?
Flau’jae: It was fun shooting the I Can’t Break video. I did fire in my video for the first time which was super dope. I got to share the camera with a longtime friend, and Juice (Director) helped me bring my vision to life, it was amazing!

Wed Aug 24 , 2022
JuS CODE (@jus.code) drops a new visual for his record “Same CODE” off his latest EP, “CODE Story 2.” Produced by Bavaro Beatz, JuS CODE blended his East Coast background with a West Coast vibe. In this low-light minimalistic visual with juxtaposing vibrant blends of color, the audience is taken through JuS […] 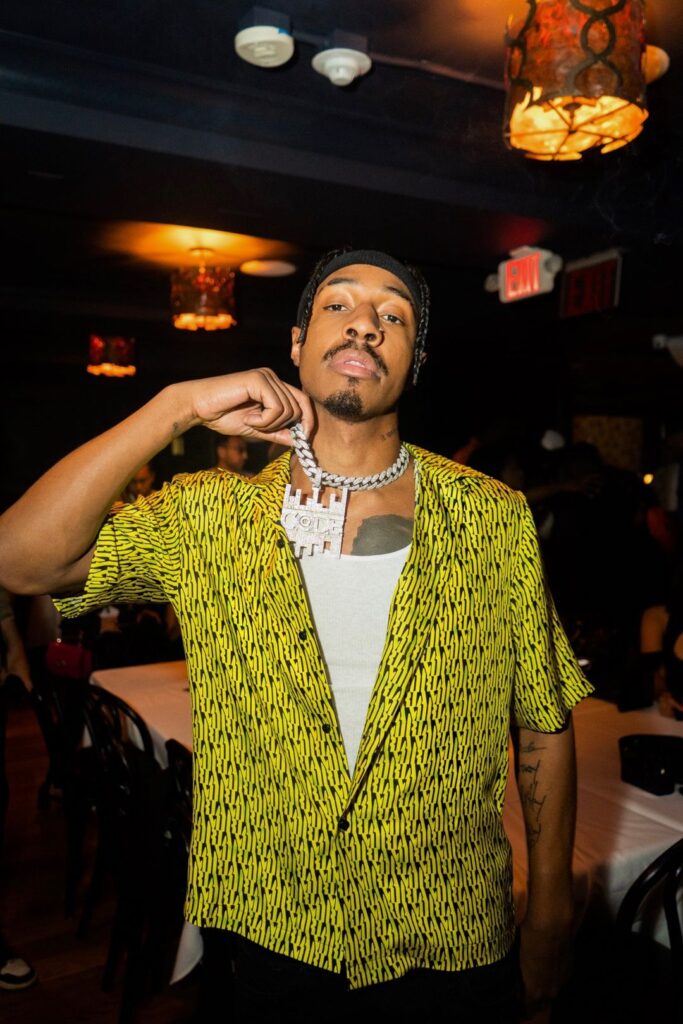