Music has so many genres, Pop, Hip-Hop, Country, Classical, Rhythm and Blues, just to name a few, and you have to wonder do artist that classify themselves in a certain genre, only draw from that genre for inspiration or do they drive between the lanes of music just to bring what they’ve learned back to that one lane? Should they travel outside of that lane. I vote no if they are not going to do it well. Just my opinion. Rene Bonét is an artist that I had been listening to for some time now. The first song that I heard from her was titled “Nothing Like you” produced by Grammy award winning engineer/ producer Alvin Speights. It was a representation of classic R&B and I was hooked. There was something about the timbre in her vocal that made me feel like good music was still alive. The second song that I heard was called “I Just Wanna Love You” and I actually heard that via a YouTube music video. That was one of my favorites for a long time. In addition to a great sound her look was distinctively attractive. I saw the “it factor” that music executives crave for. She has released several other singles and even an EP titled “Frequencies” produced by Atlanta based producer Weku Did That, which I enjoyed. It was safe to say that I had classified her as an R&B artist. I had her saved as one of my favorite artists on Spotify, and I always get alerts when my favorite artist(s) releases new music, and in late February I got another notification from Spotify saying that Rene Bonét had released some new music, and immediately got excited!

The song was titled “Bully Barbé” so I was definitely intrigued. When the song started, I heard elements of what sounded like a Louisiana horn and an electric guitar. This immediately threw me off simply because I was expecting to hear some smooth piano chords or maybe an acoustic guitar, however I kept listening and what came next was a complete shock. A female MC came on the record. I thought to myself this was definitely a different lane for Rene Bonét as far as record features were concerned, so I patiently waited for the singing portion on this particular record and it never came. The lyrics were aggressive, the delivery was in between Rock and Hip-Hop, and the instrumental was not a classical or even modern R&B instrumental that I was used to hearing her on. What surprised me even more was finding out that the R&B songstress Rene Bonét was the MC that I heard rapping over the instrumental and it was phenomenal.

Rene Bonét had established an alter-ego as Bully Barbé and had provided my ears with an audible dessert. This was Rock, this was Hip-Hop, this was Trap music, all rolled up in one delicious sushi roll, and I love sushi. I got another notification a week or two later from Spotify stating she had released a whole “Bully Barbe”- EP. I listened, and I fell in love with what I felt was a completely different artist. She had successfully driven between the lanes of music. The only other artist that I know to successfully drive between the lanes of music like this, is the great miss Lauryn Hill. Rene Bonét shows no limits when it comes to music and I’m excited to see what this artist is going to bring to us in the near future.

Wed Apr 7 , 2021
Hailing out of North Carolina, the New York born rapper TCvsChanze has a strong passion for writing. She started off competing in slam poetry competitions and soon her love for music and musical background led her to incorporating her poems into actual songs.  TCvs Chanze’s major musical influence is Lupe […] 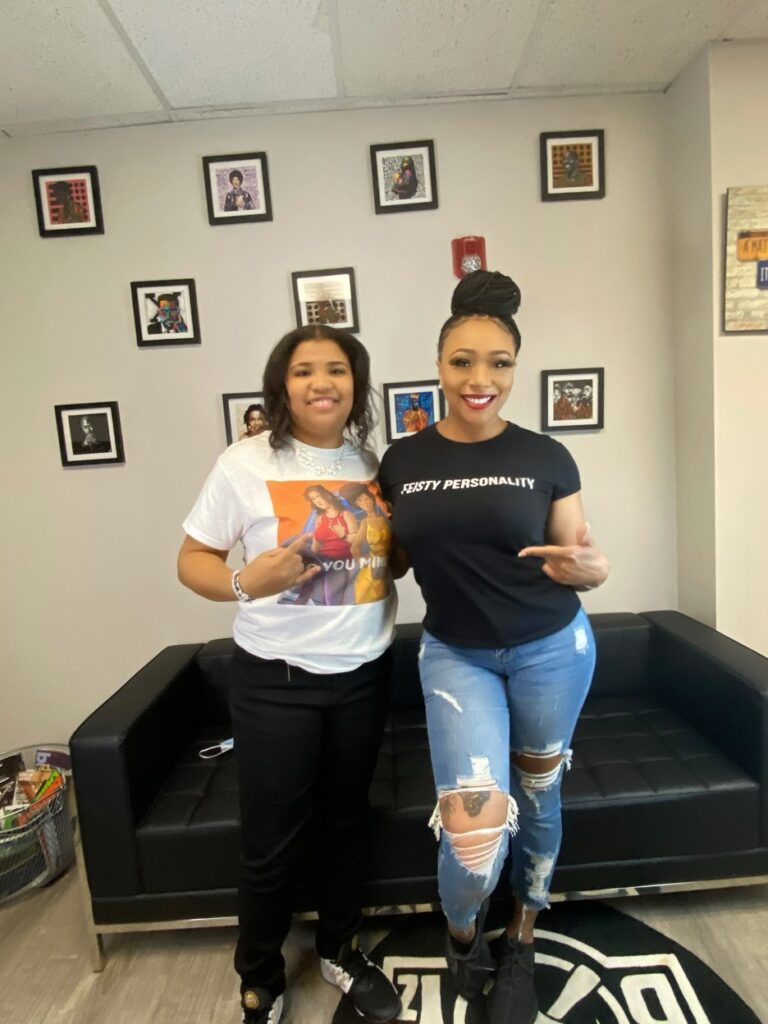