Multi-talented American musician, vocalist, songwriter, producer, and entrepreneur David Wright Jr., aka Done Wright, is a true class act in his approach to the hip-hop game. Born in the Crown Heights section of Brooklyn, NY, his sound was heavily influenced by icons such as Nas and Mobb Deep and the cultural influences of R&B and soul. His highly versatile style allows him to precisely calculate the perfect flow for any beat. With over ten years of experience in the music industry, he has expanded his reach by covering a vast range of themes from street life, the come-up, interpersonal relationships, and fatherhood, giving him the rare ability to connect with anyone.

“Aruba” is a ticket to paradise with its lush soundscape, tropical beats, and easy-going rap bars. Done Wright excels in creating atmosphere through his music, and “Aruba” captures the chilled-out, good vibes of being on vacation. It’s all about rest, relaxation, and indulgence. Spending years formulating his clever lyricism, the artist masterfully crafts double-take-worthy flows. The music video highlights the song’s warmth through its color pallets and visuals, with Done Wright surrounded by jewels, money, and beauties. Soaking in the good life, Done Wright shows how hard work and pure hustle can take you to incredible heights and access to the finer things in life. Take a trip out of reality and let “Aruba” inspire all your dreams.

What drew you to pursue music and rap specifically?

As a kid in my household in the early 80’s, music was all around me. I had my mother playing classic R&B soul, my pops is from Jamaica so he would be blasting all the Bob Marley and Reggae tunes. Then my older brother would be playing all the rap songs in the basement Run DMC, Big Daddy Kane, Rakim etc. My ears couldn’t escape the music, so naturally I looked up to my older brother who chose rap as a hobby, which influenced me to do the same. Also, Kriss Kross was the cherry on top, seeing kids rap that was my age, convinced me more to pursue rap as my talent.

How would you describe your sound? What do you think makes it unique to the music scene?

My sound is melodic. I have an unorthodox cadence, and I don’t rap the same on every song. I switch my flow up on a lot of songs, effortlessly, which makes me unique. I never sound the same on every record or sound like anybody. Also, my voice is very intriguing and I know how to deliver high quality lyricism in different tones.

How did the cultural and musical influences of growing up in the Crown Heights section of Brooklyn, NY shape your approach to music?

I was born in the Crown Heights section of Brookly, but I only lived there for 5 years. My family moved to South Side Jamaica Queens, where I was raised. Now growing up in “South Side”, it was all about survival. We had the older guys trying to provoke us, so personally I was constantly fighting for my respect. Also, we had fights in my community battling with crack-cocaine, peer pressure, and violence. All these different things naturally gave me an aggressive approach to my music.

What are some major lessons you have learned through your music career?

A few of the major lessons that I learned in my music career is that nobody is going to give you anything. You have to want this more than anybody else, and it has to be something that you love. Another lesson I learned is to network, and learn as much about the “business” side as much as you can. This way you can have a financially sustainable music career. Lastly, I’ve learned that nobody is your friend in this business, people will say one thing then do another, get everything in writing! Lol

Tell us about “Aruba”, how did the track come to be and what was the inspiration behind it?

Aruba, is one of my favorite songs of all time, not just because I made it lol. It’s very catchy, melodic and it makes people feel good when they hear it. I started making beats during the pandemic because I had a lot of time on my hand. I purchased a MPC Studio Black and started to learn how to use it. In about a week I figured it out, and started working on making beats. I

found a classic song by King Harvest called “Dancing in The Moonlight” and started chopping it up in the MPC. In about 20 minutes I arranged the parts that I wanted to use, then I started adding the kick, snare, 808’s etc. The beat gave me a party, celebration vibe, so I used that inspiration to carry the song. I knew it would be a hit as soon as I made it. I put the beat in the stash and a few months later I created the lyrics to the song, and the rest was history.

Do you have any major projects that you are working on? Can you tell us about what fans can expect from you in the coming months?

Major projects, Yes! I just released my new album “Supply Work, Demand Respect 14 (Wizard of Bars) everyone online is saying it’s a masterpiece. It sounds like one big record, rather than 8 songs just thrown together and calling it an album. Definitely, go listen to that, then check out my entire music catalog, you will love it! I’ll be releasing a new song Feat Jadakiss called “Gun Don’t Jam” and a slew of videos are on the way. Get ready for me. I’m coming!

Sun Sep 25 , 2022
Underground hip-hop artist STACK13 uses music to express deep emotional truths, honor and remember lost loved ones, and guide others through the hardest moments in life. She views rapping as a vital outlet, not a vehicle for fame, and is unafraid to tackle subjects like death, depression, and PTSD in […] 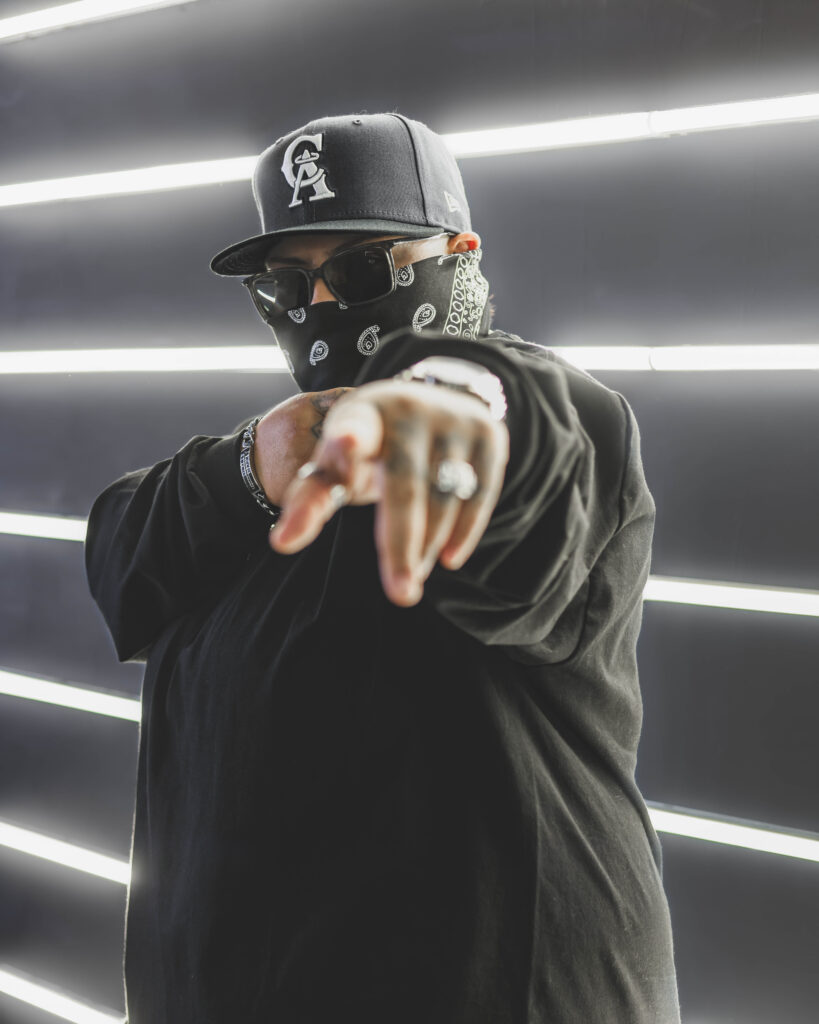