Born and raised in Staten Island, New York, Dez Pave never became a product of his street influenced environment in the Richmond Terrace housing projects of New Brighton. Instead, he used that reality to channel his dreams of becoming an artist to positively impact the world. Honing his skills recording songs with friends after classes at Ralph R. McKee high school, his style was founded on lyricism and authenticity.

As Dez Pave grew in the industry, his talent became a source of inspiration for fans that craved music with substance in a market where many artists lacked anything real. Throughout 2017-2019, he released the albums “LifeLinez,” “Life Ain’t Fair” and “Live 4 2day” under his own record label, Hommy Entertainment which brought him recognition and respect in the game. Even as his fame was steadily rising, Dez Pave was trying to find balance with career and family amid criticism and leaving a legacy of worth to the world. To him, music was more than a gateway to materialism and money, but an instrument that could bridge gaps and change lives worldwide. Dez Pave not only releases amazing music but gives fans a musical experience lost in the music culture of today.

Compounding on his past body of work, Dez Pave has dropped his new single, “Blitz” and it is nothing short of a lyrical assassination. The NY rapper goes at the TDE honcho, Kendrick Lamar in a bar laden onslaught of rhyme schemes and verbal attacks over the funeral inspired instrumental. Dez Pave came into the ring displaying lyrical skills that resurrect hip hop’s gritty and aggressive foundation. “Blitz” is a masterfully composed track from the New York genius. Stream “Blitz and get ready to be blown away.

Thu Nov 4 , 2021
Flame Blazin (@flameblazin) is proving that he cannot be stopped this year. His newest DeddyMoBucks-shot visual features NSE Eight. The rap tandem can be seen with crews in a kitchen with countless money and some fly clothes. Much like their last collaboration, “Opp Flow“. They are talking as greasy as ever. The chemistry between the […] 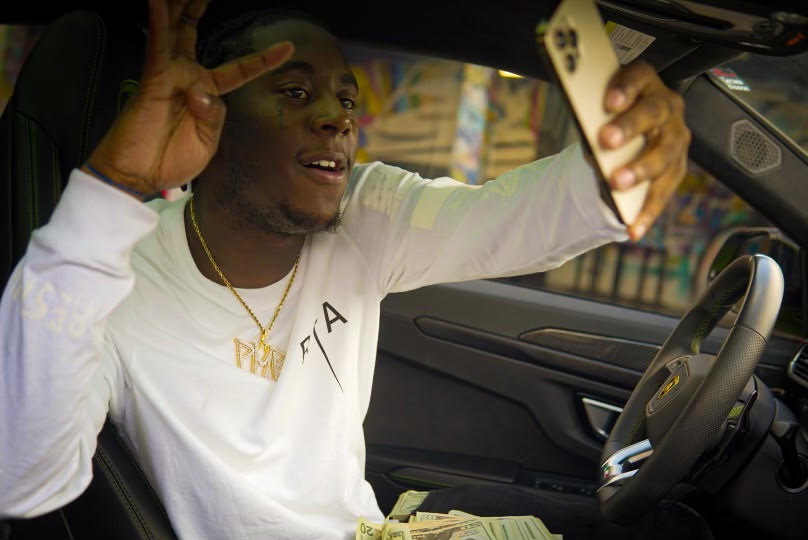