Before writing this man off for having taken the bar exam, examine his bars. The pride of Bridgeport, CT, Mr. Finch – better known on the streets as daFinchi – doesn’t need your approval. This lyrical lawyer lets his lines speak for him. Delivered with spite and might, the unconventional MC lets us know with every word that he is damned for real about this. Sure, he’s got degrees, but they’re just a means to the end of spitting his truth. College dropout or Juris Doctor—well, a hustle is a hustle. Currently, daFinchi is releasing a string of singles and music videos to entertain and educate his burgeoning social following on what hip-hop means in a post-grad world.

In his newest single, “Go For Mine,” daFinchi lays out a persuasive opening argument for his seemingly disparate life interests. Over a dreamlike whirr of synths and pulsating percussion, the barrister explains how the grind of law school fueled his creative grit. Everybody suffers in their own way – but only a few make something of it. With nods to songs by Ye and grumbles reminiscent of Post Malone, daFinchi subtly and skillfully equates himself among the gods without sacrificing or denying his roots. Whether you like it or not, he’s here – and by being who he is, he’s fulfilling the ultimate goal of an MC: to speak the truth.

In the music video for “Go For Mine,” daFinchi charms us with his signature self-deprecating humor. Cut to cut, the film alternates between the two sides of his life: one moment flashing his watch, the next holding his daughter. From posing on a magazine cover to showing off the degrees in his office, the scenes combine to portray a man who has it all. Braggadocious and brash as it is, we somehow end up endeared to the bad boy from Bridgeport. That’s just the truth.

When did your passion for music and rap begin? At what point did you start pursuing it as a career?

I grew up in a city in Connecticut called Bridgeport and rap encapsulated by environment and mentality growing up in that environment. At UCONN I started a live talk show back in the day while I was majoring in Business. I used to interview all the big name rappers from Lil Wayne to Ice Cube, but at that time I never thought about making music or rapping. It wasn’t until a few years after running through all the music studios doing interviews, and then making my feature-length movie in 2010 called My Hustle, that I then started recording in 2010. My Hustle the movie was all about my story in the music industry with my talk show and was a very vulnerable experience where not only was I sharing my 71-minute movie that I made with the general public, but the entire movie was about me. After I released my movie that year, I started recording music.

The first song I ever recorded was a remix to 50 Cent’s song “Beamer Benz or Bentley” called “In my Celebrity.” It was so awesome working on it, that I just kept doing it whenever I got the inspiration. You can check out that video here. https://www.youtube.com/watch?v=jcgvMoZ_Oyg

But my career is actually being a lawyer. I own my own law firm called The Finch Firm LLC.

What was your intention when creating the song “Go For Mine”?

My intention was to celebrate all the hard work that I’ve done and continue to do, while promoting my law firm and my brand. I used to sleep on couches and floors and have gone through so much to find myself and to be able to pay bills. There were many years of being broke as a joke, so this song was to bring all of that together. “Na na na now I got my money right/ you can’t tell me nothing / first class each and every flight…”

Do you have any musical inspirations that have influenced your own sound and style?

Based on the first few lyrics of my first verse, Kanye West has obviously been an inspiration and influence with his music and his journey.

I love all types of music, even more so now, than I ever had before. I don’t know what sound I have. I will leave comparisons up to people that listen to my music.

The “Go For Mine” music video has many impressive graphics, can you talk about the production process?

Director Mike Squires put it all together with my producer buddy Maserati Rai. Rai pulled all the pieces together and I paid for Mike Squire’s vision to come to reality, which I think he knocked out of the park.

How do you want listeners to feel after listening to “Go For Mine”?

I want listeners to be pumped up, motivated, and inspired after listening to this song.

What are your hopes for the future of daFinchi? Are there any upcoming projects or releases you can share?

The hope for my music is that I just want to stay inspired and hope I can keep coming up with songs that have meaning and a message.

My next video to drop is “‘09,” which is a similar theme to this song. Just wait! Frankie Fire directed it and Maserati Rai produced it. They did my Burbs video in 2020.

Mon Nov 14 , 2022
After spending most of 2022 on the road, Detroit street rap legend G.T. (@callmegt) tags QC’s Icewear Vezzo, Curren$y, Babyface Ray, Larry June and more on his newest LP, Money Counter Music Vol. 2: Born In It. The 16-track album offers an in-depth look into the mind of the storied MC. As always, […] 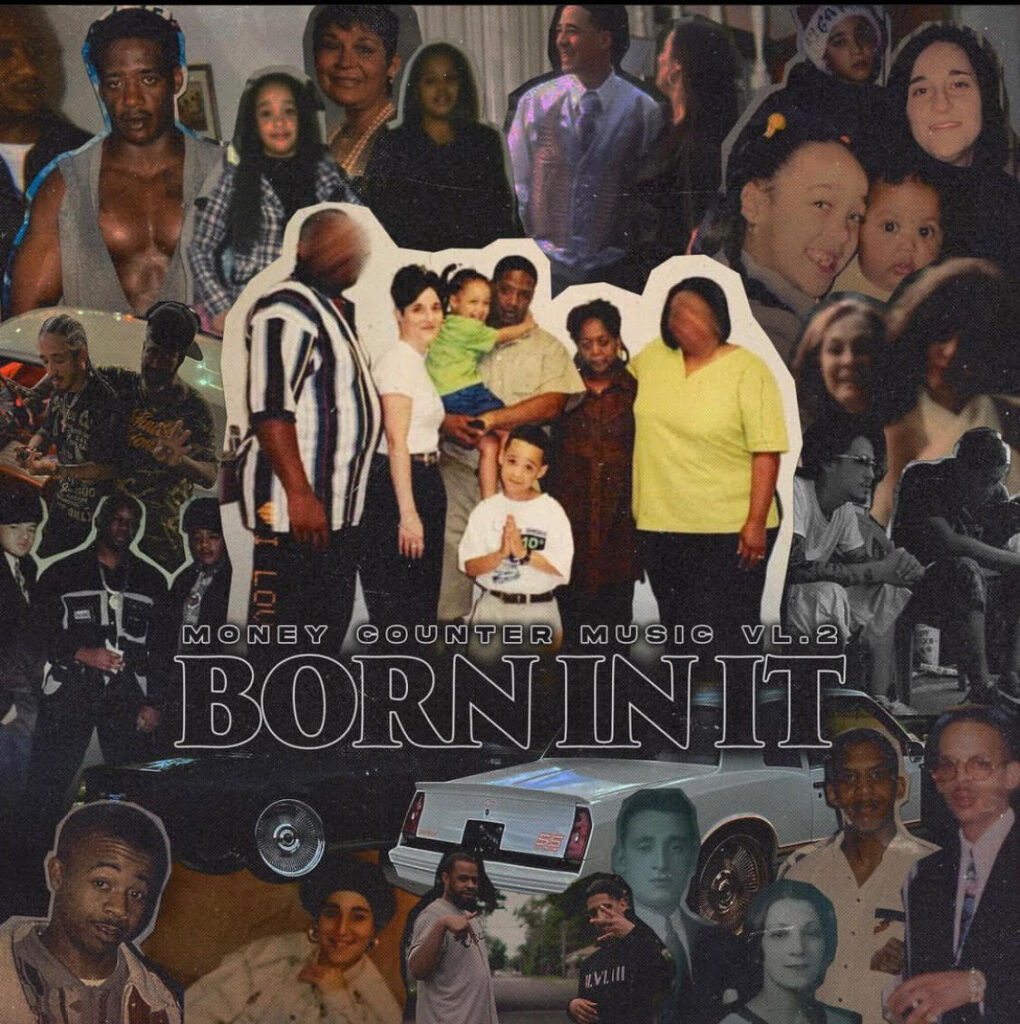